Miranda Cosgrove’s Boyfriends: A Look Back At Her Dating History 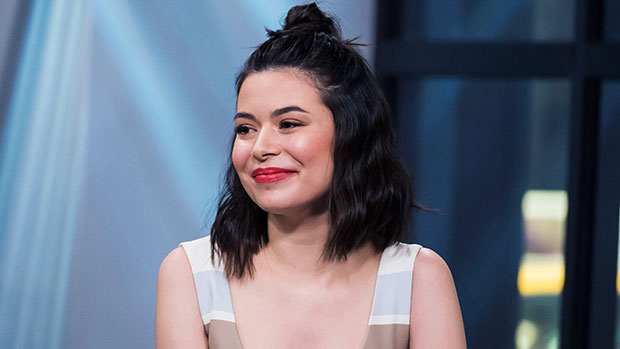 Learn about the famous men who have been romantically linked to the ‘iCarly’ star throughout her career.

Miranda Cosgrove, 28, has been in the public eye ever since her debut film role in 2003’s School of Rock. The California native went on to play Megan Parker in Nickelodeon’s Drake & Josh, before starring in iCarly from 2007 to 2012. She’s playing the iconic character again in the revival series on Paramount+. Miranda is also featured in the animated Despicable Me movies and has a successful singing career.

Miranda’s managed to keep her personal life out of the spotlight, for the most part. She has, however, been romantically linked to a few famous faces. Take a look at Miranda’s dating history below.

Miranda’s first rumored boyfriend was Big Time Rush star James Maslow, 31. The Nickelodeon duo were spotted at several events together around 2007/2008. They were rumored to be dating from March 2007 to February 2009, but neither star ever officially confirmed this. James is now dating his longtime girlfriend Caitlin Spears.

Miranda reportedly dated The Naked Brothers Band star Nat Wolff, 27, from 2009 to 2011. They were seen at a concert together in 2010, thus sparking the relationship rumors. Miranda claimed that they were “only friends” in an interview at the time, but still, fans were convinced they dated.