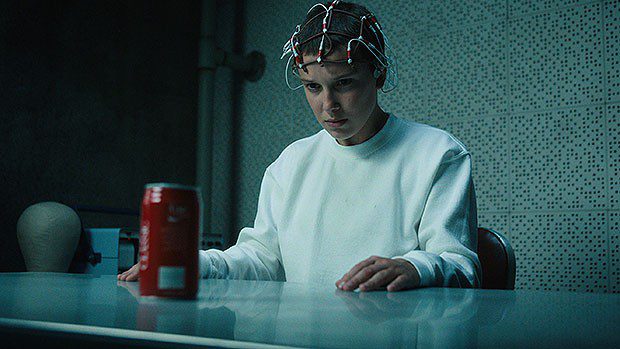 Millie Bobby Brown practically grew up in front of the world. The Stranger Things star, 18, began playing Eleven when she was, well…11. And her character is absolutely pivotal. In fact, Eleven has so many mysterious powers that she wields so dramatically, that it’s led to a hot debate among fans of the wildly popular series. Did younger Eleven actually create the Upside Down –that terrifying alternate universe into which childhood friend Will Byers (played by Noah Schnapp) descended in Season 1?

In a new interview, Millie actually answered that question, straight up — along with some other pivotal information about the highly anticipated second volume of Stranger Things 4. Season four, it turns out, answers a lot of questions about her character, and when Variety asked the accomplished actress if it was “satisfying” to finally have so much revealed about Eleven and the Upside Down, she said “of course” it was.

“I’ve had so many questions for years and years as to where Eleven came from, who she is,” she told the publication in the interview, published June 17. “What were Dr. Brenner’s [Matthew Modine] intentions? What are his intentions now? Is he still alive? But, you know, [series creators] the Duffer Brothers, they’re the only people in this world that know Stranger Things better than we do. I trusted that they would always bring it home and answer everyone’s questions.