Mila Kunis & Ashton Kutcher: The Story Of Their Relationship From ’That ‘70s Show’ To Now 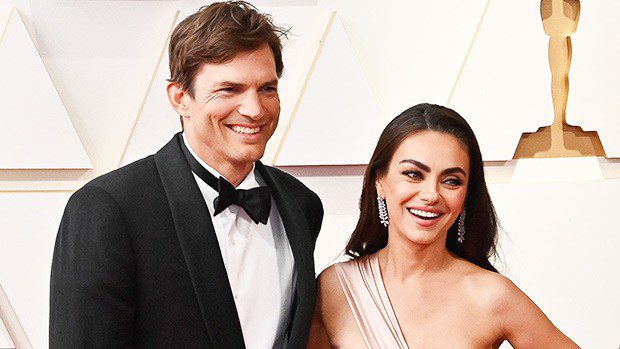 Mila Kunis, 38, and Ashton Kutcher, 44, are still going strong! The famous couple have been married since 2015, though their bond started over 20 years ago as co-stars on the popular sitcom series That ’70s Show. Mila and Ashton have expanded their family by welcoming two children, daughter Wyatt, 7, and son Dimitri, 5. Find out everything you need to know about Mila and Ashton’s fairy tale romance from the very beginning here!

Mila was 14, and Ashton was 19, when they met on the set of That ’70s Show.  They played Jackie Burkhart and Michael Kelso, respectively, on the show, which aired from 1998 to 2006. Mila and Ashton had their first kiss on the show playing a couple. “I was like, ‘Oh, he’s so cute, it’s the Calvin Klein model!” Mila told People in 2001. “Then I was like, ‘I have to kiss him?’ I was so nervous and uncomfortable. I had the biggest crush on him.”

Ashton and Mila didn’t pursue a relationship while they were co-stars. Ashton ended up leaving the show in 2005 ahead of the final season. They did, however, keep in touch during the years that followed.

They marry and date other people.