Michael Bolton’s Ex-Wife: Everything To Know about His Spouse Of 15 Years, Maureen McGuire 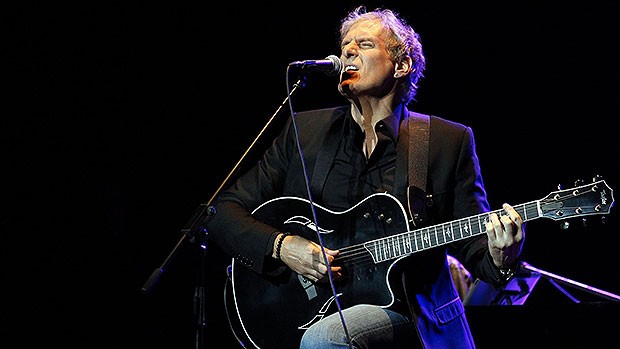 Michael Bolton was married to Maureen McGuire for 15 years before fans got to know him as a music icon of the early ’90s. Find out more about Michael’s ex-wife here.

Michael Bolton, a successful pop-rock and smooth rock singer, became a ’90s music icon, winning Grammys for his versions of “How Am I Supposed To Live Without You” and “When A Man Loves A Woman.” Perhaps what you didn’t know about the soulful singer was how he started as the front man for hard rock band Blackjack in the late 1970s. You may have also not known that he got married at a young age to Maureen McGuire and the pair welcomed three girls during their 20s!

Below we break down all you need to know about Michael’s ex-wife Maureen and where the two stand today.

Michael and Maureen tied the knot in 1975 and maintained a strong marriage during his early years as a musician, before he made his big breakout with The Hunger in 1987. The pair ended up divorcing in 1990, and Michael has spoken about what it was like to be married young and navigating life as a father in his 20s with Maureen.

“By my late 20s I was already married and had three daughters. Guys in their 20s don’t have a clue who they are as human beings,” Michael told The Sydney Morning Herald in 2019. “They know what they want to become — a doctor, a lawyer, a politician — but the proper study of one’s own self?” He continued, “Men don’t get around to that until their 30s or 40s, which is roughly 10 years later than most women, who seem to know exactly who they are.”