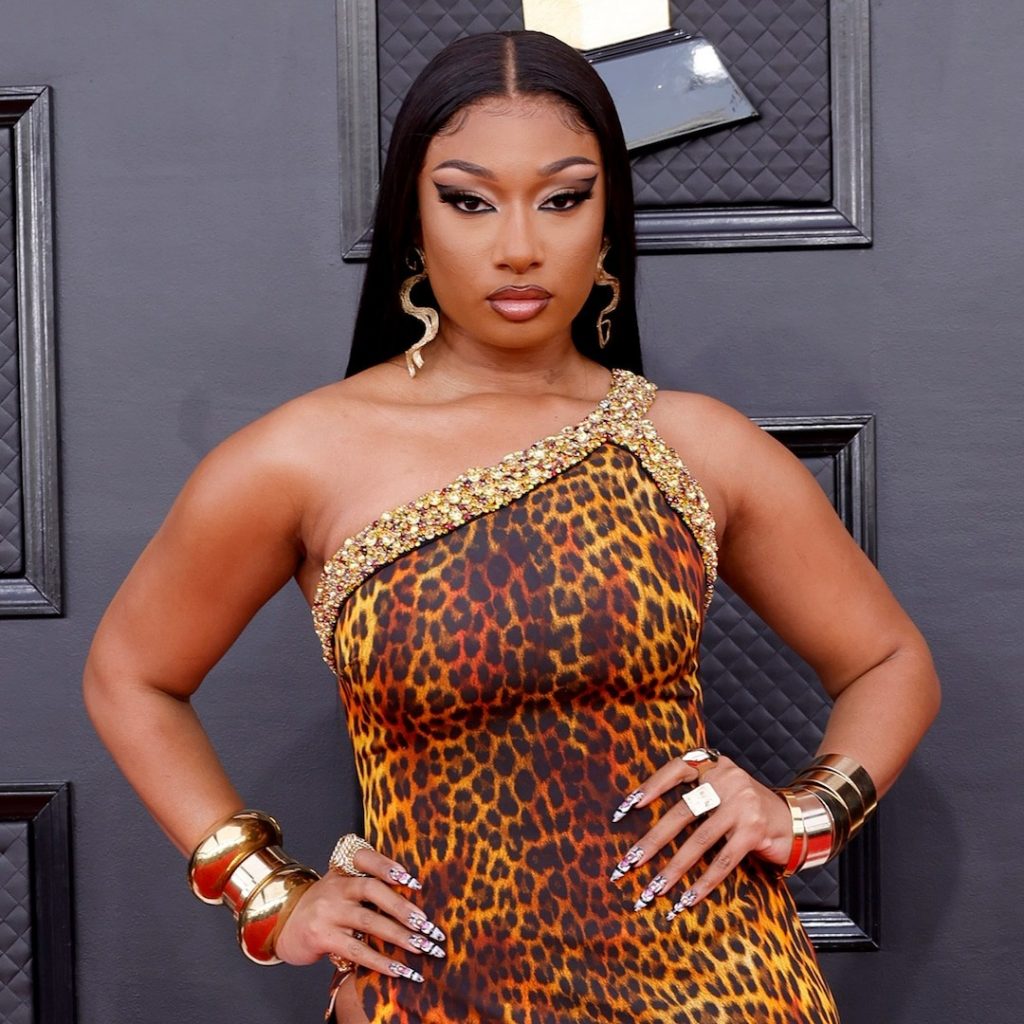 Megan Thee Stallion arrived to the Grammys 2022 in true “Flamin’ Hottie” fashion, strutting in with a nomination for or Best Rap Performance secured and a fire ‘fit.

At the the 2022 Grammys April 3, Megan Thee Stallion had us sweating when she arrived to Las Vegas’ MGM Grand Garden in an epic leopard gown with a thigh-high slit. She accessorized with eye-catching gold earrings and a stack of bracelets on both wrists.

The 27-year-old, who sported slicked back hair, is nominated for Best Rap Performance for her single “Thot S–t.” (In the category, she is up against Baby Keem featuring Kendrick Lamar, Cardi B, J. Cole featuring 21 Savage and Morray and Drake featuring Future and Young Thug.) The recognition follows her win at the 2021 Grammys, where she received the Best Rap Song trophy for her “Savage (Remix)” single with Beyoncé. Not to mention, at last year’s show, she also took home the Best New Artist and Best Rap Performance for “Savage (Remix)” awards.

Her appearance comes right on the heels of her iconic moment at the 2022 Oscars on March 27, when she made a surprise performance with the cast of Encanto, adding a verse to the film’s hit “We Don’t Talk about Bruno.” The performance made her the first female rapper to perform at the Oscars.

She celebrated on Twitter, writing, “I literally was just in Puerto Rico less than 24 hrs ago performing,