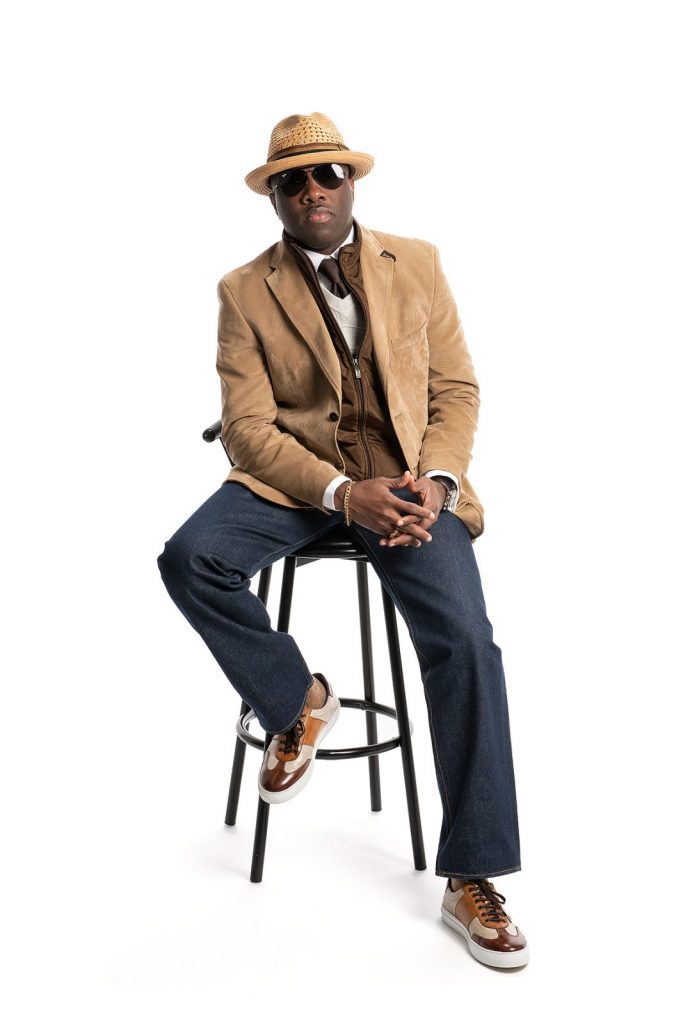 Lewis Kofi Nana Antwi, better known by his name as Nana Kottens, is a Ghanaian born singer-songwriter, record producer, chief executive officer, and founder of Sound Lion Records LLC and Nana Kottens Tunes Publishing. He founded the label with his friend, John Ocran, to help promote talented African artists around the globe. Originally from Ghana, Kottens blends African and American culture in his sounds. One can connect with both continents when listening to his music, which takes influence from R&B, Highlife, Soul, Pop, Gospel, Country, Hip-Hop, Hiplife, Folk, Reggae Dancehall, and Afrobeats. He is a versatile songwriter and takes advantage of being a polyglot to write and craft his music in multiple languages. He started writing his original songs at very young age, and over the years, he has spent quite some time composing lot of songs. In 2020, in an effort to raise awareness and support for individuals and families battling with opioid addiction, he wrote and released his official first single titled, “Mama Don’t Give Up,” which has amassed over 1 million views on YouTube and generated enormous streaming across major music streaming platforms. After such an impressive single, Nana Kottens did not want to forget his roots, he quickly released another single titled, “Odo,” which falls under the Highlife genre. Once again reminding us of his versatility as a songwriter. Nana Kottens has collaborated with artists in the USA and Ghana to bring listeners interesting music – collaborating with Reggae Dancehall legend Sugar Ranking for the single, “Say No,” and “Mama We Miss You,” with Adikora and Lowekey.

After subsequent single releases, Kottens surprised us with a thrilling R&B single titled, “Call Girl,” featuring Lowekey and is currently gaining airplay and streams around the world. Kottens is scheduled to release his first album, “Never Scared of Trying,” under the umbrella of his own record label, Sound Lion Records USA, on June 30, 2023. Nana Kottens Tunes Publishing, the publishing arm within Sound Lion Records, recently completed a music licensing deal for the American TV series called, “Charmed.” Under his leadership as the CEO for the record label, he has freely distributed songs for numerous African artists, and continues to promote and support artists from that region.

In addition to his talented music and business acumen, Nana Kottens is a Commissioned Officer in the United States Uniform Services and a respected public health professional. He started his undergraduate education at Regional Maritime University, studying Marine Engineering. He obtained his first degree in Business Management and Master of Arts Executive Leadership from Liberty University, Lynchburg, Virginia. He obtained his Master of Public Health Environmental Health Science and Graduate Certificate in Industrial Hygiene from New York Medical College, Valhalla, New York.

With his single and music video, “Call Girl,” out now, we took some time to hear more from Nana Kottens. Read below to learn more about Nana Kottens, the story behind his single, and what’s to come.

Hi Nana Kottens! Let’s start with how did you get your artist name?

During my first year in college, I adopted the name, Nana Kottens, as my artist name. I created the name out of my own name, “Nana Kofi Tenkorang.”

I have always been a songwriter from childhood, but I seriously started thinking about pursing music as a career during my first year in college at the Regional Maritime Academy. In college, I collaborated with some friends and started writing songs together. After that, I actively developed the thought of having my own record label, so I teamed up with my friends, John Ocran and Sayvee, to establish Sound Lion Records, and later, Nana Kottens Tunes Publishing. Once the record label was in full operation, I decided to self-release my compositions under the umbrella of Sound Lion Records.

Yes, I was born in Accra, Ghana, and at a very young age, was heavily influenced by the culture and the type of music genre from that region. As a child, I would listen to Country and Dancehall music. With Highlife songs, they are mostly played on the radio and by family members, so you can’t really miss those type of songs. My elementary school days in Ghana was filled with strong participation in music, dance, and play. In fact, collectively and after many years in the USA, I will truly say that my upbringing and environment have contributed to me having such a defined sound that is highly identical with Nana Kottens.

I would say it is more of a silky nasal tenor, soaked in a West African Caribbean style laced along with R&B, Soul, and Pop flair. This in fact gives me the opportunity to be versatile and unpredictable.

Continue to develop my songwriting skills until I become one of the best songwriters in the world. Grow Sound Lion Records and Nana Kottens Tunes Publishing to a level that have the potential to compete with most major record labels in the world.

Now onto your release, “Call Girl.” What inspired this song?

The concept behind this song is purely based on stereotyping, gossiping, and spreading false news about innocent people. We can both agree that we live in society where it is inevitable to eliminate the possibilities of people spreading rumors and fake stories. Like the saying goes, don’t judge a book by its cover. So, from that writing scape, it also gave us the opportunity to present a video that is strictly based on the songwriter’s concept, which is highly evident in the music video.

What is “Call Girl” about in your own words?

Haha, that is an interesting one. Well, from my basic understanding, I think “Call Girl” is used for prostitutes, but truly this song is in no way attributed to people of such caliber.

How did the music video for “Call Girl” come about? What was your vision for the video?

Honestly, the concept of the video was the creative works of Zaahi Creative Studios and Camsun Motion and Entertainment. I just shared with them my creative writing process and the concept for the song.

What message do you hope fans take away from your music and from “Call Girl?”

Please don’t judge, take the time to get to know people, and don’t dwell on hearsays.

The ultimate pleasure of self-releasing my singles and album under the umbrella of my own record label, Sound Lion Records, and doing so well with my releases.

Perseverance, resilience, patience, and staying true to who I am.