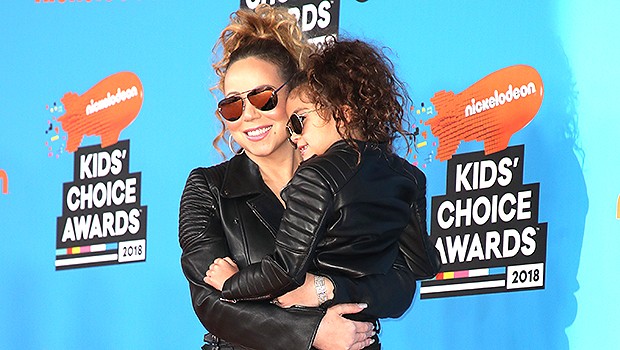 Mariah Carey kept warm with her 10-year-old twins and her boyfriend on the beach in new social media photos.

Mariah Carey cozied up to her boyfriend Bryan Tanaka, as well as her 10-year-old twins Monroe and Moroccan, for a bonfire night. The 53-year-old singer posted new photos to Instagram on March 29 that featured her and her loved ones snuggling up on a blanket and pillows on the sand, next to the burning wood. The first image showed Mariah happily posing solo in a black dress, before she was joined by her beau and kids for more cute shots.

In the photo of just Mariah and her 38-year-old choreographer boyfriend, the “Obsessed” singer laid in Bryan’s arms just a few inches from the bonfire. Bryan sweetly gave Mariah a kiss on the cheek and rested one of his arms on her leg in the adorable moment. He was dressed in a short-sleeved black T-shirt and a bucket hat.

Then, Mariah cozied up to her and ex-husband Nick Cannon‘s children in the third and final image. The twins laid on either side of Mariah as she put her arms on their heads and smiled for the camera. The twins wore colorful outfits that contrasted with their mom’s dark ensemble.

.” Bryan, who has been dating the Queen of Christmas for five years, commented, “3/27 on

Mariah and Bryan started dating on and off in 2017,