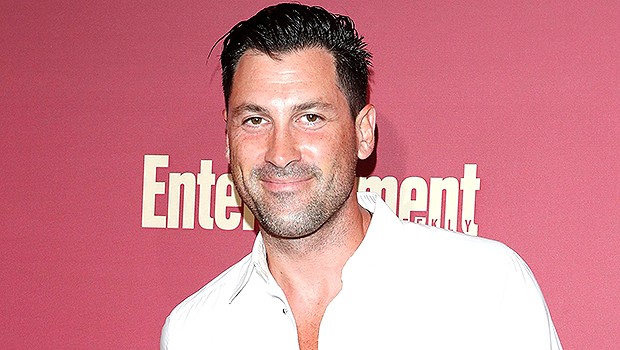 The ‘Dancing With the Stars’ pro thanked volunteers that were helping and giving supplies to Ukrainians fleeing to Poland.

Maksim Chmerkovskiy, 42, walked through what Ukrainian refugees can expect to see in the Polish town Medyka, while leaving their home country amidst the war with Russia. The dancer showed the different tents with volunteers handing out supplies, including food, clothing and baby products, while also talking about how cold it is for Ukrainians as they arrive in the camp, after their long journey.

When Maks posted the Instagram video (on Tuesday March 29), he revealed that even though the wait time to get in was “manageable,” it was still a three hour wait to get into the border town, and he also explained that “a lot of people paused” the process to get across the border due to a bombing in Lviv. “The first five minutes of a refugee crossing the border with Poland,” he wrote in the caption.

As he showed the different stations that people could gather supplies, he also pointed out all the tents where people could go to warm up, explaining just how cold it was on the journey, and the long wait in line. “In order to save gas, cars don’t run heat, no electricity,” he said. “So people are literally freezing. So when you come out, it’s so important that somebody helps you out with that as well.”

Overall, Maks was incredible thankful for the volunteers helping at the border. At one point, a woman stopped him to say she’d been watching his updates throughout the war. “I was following you when you were coming out of Kyiv. Thank you for putting it out there,” she said,