Madonna, 63, Looks Like Her 90s Self with Blue Eyes & Contoured Makeup & Fans Are Here For It 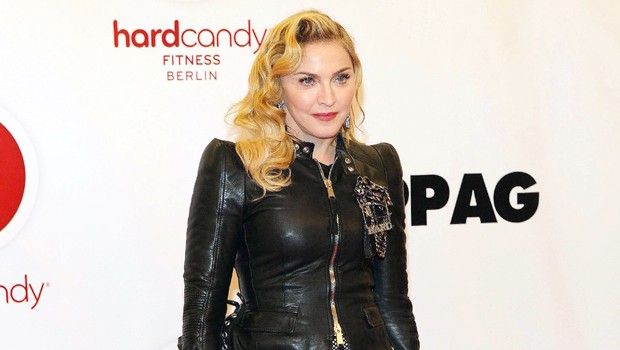 Pop icon Madonna went back to the future in a new photoshoot, rocking her classic 90s look in a move that drove fans wild.

Some looks never go out of style; especially when you’re Madonna, and every one of your eras is iconic. In new photos shared to her Instagram, Madonna channeled her own look from the 90s with striking blue eyes, strong brows, and heavily contoured makeup. Rocking fingerless leather gloves and a puffy vest to complete the look, the pop icon, 63, proved even as she grows older, she’s still perfected a timeless and iconic look.

The star flaunted her new look in a post shared on Sunday Feb. 20, where she included a series of photos set to reflect the difficulty of “movie-making.” From the inclusion of a Lolita poster and video camera to shots of the star enjoying a glass of champagne while listening to music through wired headphones, Madonna still “wouldn’t have it any other way.”

The resemblance between the actress and daughter Lourdes Leon was clear in the shots as Madonna smized, occasionally rocking a pair of square frame glasses. Madonna completed her 90’s renaissance with the perfect pair of pink Prada jelly sandals as well,  bringing one of her most classic eras fully into 2021.

Madonna’s homage to her 90s self after the star has never been afraid to dress however she likes. Madonna, who has been revamping her socials as of late, recently shared a shot of her rocking a low-cut lacey crop top as she examined traffic in bathroom lines. The ‘Material Girl’ even admitted that she wanted to relive her classic 2003 VMA’s kiss with Britney Spears…that is,