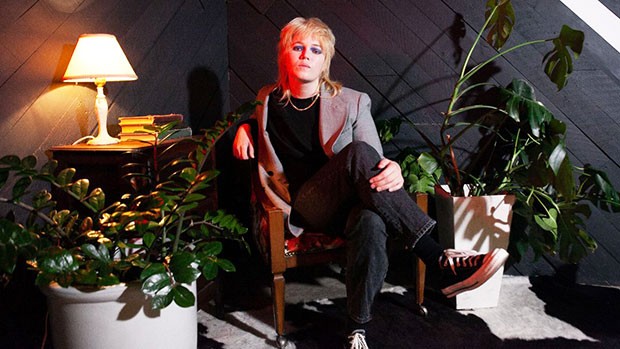 With a ‘Kill Bill’-inspired video for a song based on her own emotional battles, Liv Slingerland delivers a heartfelt rock anthem for those who find that their lives were not what they thought they were.

“How could you keep this from me?” sings Liv Slingerland at the end of “An Entire Lifetime,” an accusatory phrase laced with anger, confusion, and genuine heartache. It’s the perfect climax to the video, premiering here on HollywoodLife, which depicts Liv chasing down a masked motorcyclist who once left her for dead on the side of the road. With a grainy filter that mimics the dreamy, hazy tone of the song, the video sees Liv pursue her revenge – while the song is about her seeking out the truth.

“An Entire Lifetime” stems from Liv’s personal struggles with identities after learning in her early twenties that she was adopted as a newborn. The pain is evident in the lyrics, and the song’s mid-tempo beat (a faster tempo would mean rage, while slower would come off as confusion.) Liv’s deft songcraft shines in “An Entire Lifetime,” as she conveys her feelings perfectly. Towards the end, her guitar cuts through the haze like a razor, just as she leaves that one question to linger: “How could you keep this from me?”

A well-learned ear would recognize that the chorus interpolates Fleetwood Mac’s “Little Lies,” a classic rock staple that plays a part both in Liv’s new song and in her actual life, since she listened to it on repeat while growing up. “The chorus made its way into my head while I was writing one day and it felt so natural to turn it into something more,” she shares with HollywoodLife.