Lionel Richie’s Kids: All About His 3 Children & His Relationships With Them 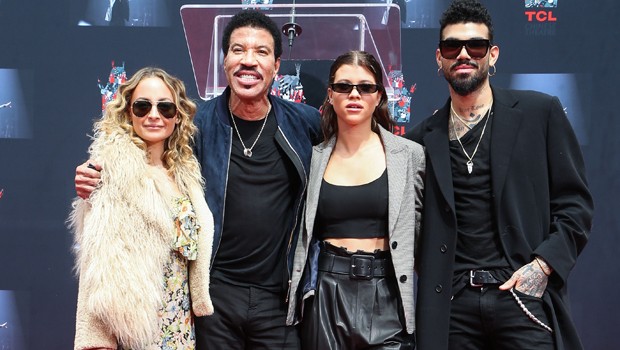 The ‘American Judge’ idol has three talented children with incredible careers of their own. Find out all about Nicole, Miles and Sofia here!

Lionel Richie has the kind of music career only few can dream about.  The 72-year-old legendary singer/songwriter rose to fame in the 70s as a founding member of the band Commodores before venturing off on a solo career. His first three albums sold over 30 million copies and spawned such mega hits as “You Are,” “”All Night Long (All Night)” and “Say You, Say Me.” While recording his own music, he also wrote/produced such chart-toppings singles as Kenny Rogers’ “Lady,” “Endless Love” featuring Diana Ross and “We Are the World” with Michael Jackson. His talents brought him four Grammys, an Academy Award nomination and the Songwriters Hall of Fame’s highest honor, the Johnny Mercer Award. Fans can now see him as a judge on American Idol, as he returns for his fifth season on Sunday (Feb. 27).

The “Dancing on the Ceiling” hitmaker is just as successful in his personal life, as he is the proud papa of three amazing children. Find out all about Nicole Richie, Miles Richie and Sofia Richie, below!

It’s hard to believe Nicole was barely known to her adoring fans before she starred with BFF-at-the-time Paris Hilton in 2003’s reality show The Simple Life. Born Nicole Camille Escovedo on September 21, 1981 to Peter Michael Escovedo and Karen Moss,