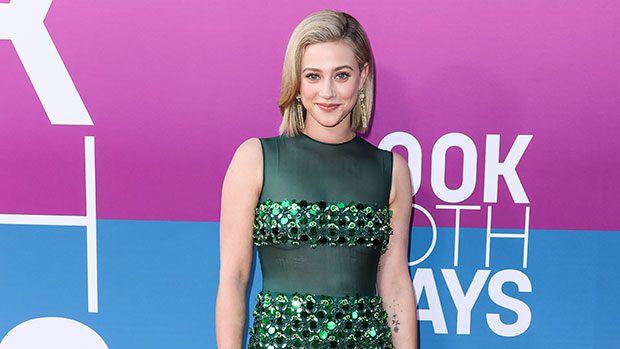 Lili Reinhart dished on some secrets about romantic scenes on the CW during a new interview on the Happy Sad Confused podcast on Thursday, August 18. As the 25-year-old actress spoke about branching out into different and more serious roles, she revealed a little bit of behind-the-scenes knowledge on how the Riverdale cast performs romantic scenes.

As she was promoting her new Netflix film Look Both Ways, she revealed how acting in the new movie was very different from her experience on Riverdale. She also pulled back the curtain a bit, when mentioning wanting to take on more adult roles. “You can only be so much of an adult on a CW show because you’re not even really allowed to kiss with tongue,” she said. “That aspect of things are a little different.”

Lili opened up about the next roles she’s looking forward to in a new interview. (Image Press Agency/NurPhoto/Shutterstock)

Lili opened up about taking on roles that would help her “move the needle” to the next phase of her acting career. While she may be best known as the leading lady Betty Cooper in the popular series Riverdale, her new movie Look Both Ways shows her as a recent college grad exploring two very different possibilities of staying in her hometown and becoming a mom or chasing her dreams in Los Angeles, per IMDb.

When Riverdale comes to an end after its seventh season, Lili also revealed what types of roles she’s seeking to branch out as a star. “Definitely roles that you have not seen me in. I’m an adult! I’m an adult woman and I’m going to start playing those more adult roles.” she said.