Leslie Odom Jr.’s Wife: Everything to Know About Nicolette Robinson & Their 10 Year Marriage 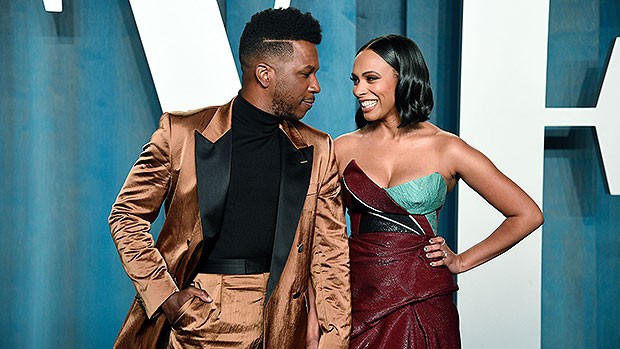 Leslie Odom Jr’s wife Nicolette Robinson is also a stage and screen actor. Here’s everything you need to know about the couple and their 10-year marriage.

There’s no denying that Leslie Odom Jr is quite the triple threat! Leslie shot up to stardom when he starred as Aaron Burr in the Broadway musical Hamilton. He even won a Tony Award for Best Actor in Musical for his iconic performance. Before Hamilton, he also was featured in Leap Of Faith, Dreamgirls and Rent on Broadway.

He has since gone on to earn roles in a number of films and TV shows including Murder On The Orient Express, One Night In Miami, Central Park and Red Tails. On top of that, he’s set to star in the upcoming sequel Knives Out 2. Most importantly, he has been happily married to his wife Nicolette Robinson for 10 years. Here’s everything you need to know about their relationship.

Who is Nicolette Robinson?

Like her husband, Nicolette Robinson is a Broadway star. She made her debut while playing the lead role of Jenna in Waitress on Broadway. “This feels like the biggest milestone of my career. Every day I’m pinching myself,” she told Broadway Buzz of her Broadway debut. “I’ve loved this show since it opened on Broadway, and I’ve connected with Jenna in such a deep way. I’ve loved this music. I was just a big, big fan, and in the back of my mind, Jenna was always a dream role of mine.