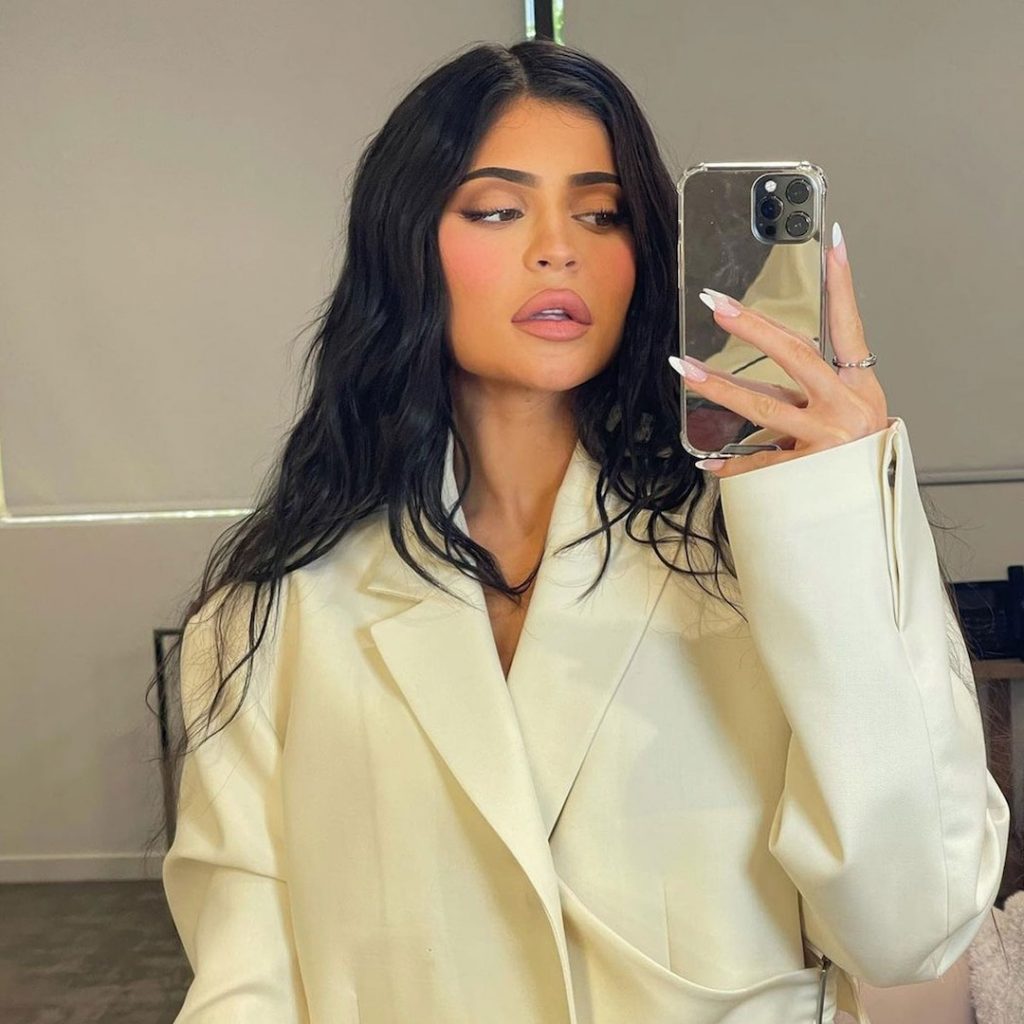 Kylie Jenner is one hot mama! Just two months after giving birth to her baby boy, the Kylie Cosmetics founder slayed on Instagram in a chic dark look.

Kylie Jenner’s Teddy Bears for Her Son Cost How Much?!

Kylie Jenner has gone to the dark side … of her closet.

Two months after welcoming her baby boy with Travis Scott, Kylie showed off an edgy look on her Instagram page. Posting a pic on March 30 without a caption, the 24-year-posed wearing a stonewash grey trench coat, styled with black pointy-toe buckled boots and black leather pouch bag. In a second photo, she gave fans a closer look at her outfit details.

While she may look flawless, the Kylie Cosmetics founder admitted that her postpartum period has not been easy on her.

“I didn’t want to just get back to life without saying that because I think we can look on the internet and you know, for other mom’s going through it right now, it might look a lot easier for other people and like put the pressure on us,” she said on her Instagram Stories on March 15.  But it hasn’t been easy on me either. It’s been hard and I just wanted to say that.”

Despite the pressures that come with being a new mom in the spotlight, Kylie—who is also mom to Stormi Webster, 4—said she is learning not to be too hard on herself.

“It’s okay not to be okay,” Kylie said. “Once I realized that…I was putting some pressure on myself and I just keep reminding myself ‘I made a whole human, a beautiful healthy boy’ and we have to stop putting pressure to be back,