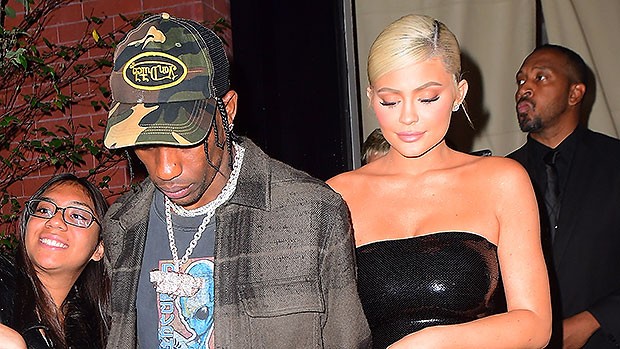 Kylie Jenner just shared a new glimpse at her 2-month old baby boy! The cosmetics CEO posted a sweet photo of her son snuggled up in the arms of his dad Travis Scott, 30, in an Easter Sunday post on April 17. The baby boy, who she has yet to confirm a new name for, appeared to be rocking a pair of black leather sneakers with a red sole, jeans and a red-and-blue t-shirt. The shirt matched Travis’ plaid blue-and-red button down which he wore over a white t-shirt.

The Kardashians on Hulu star didn’t include a caption on the post, but shared a behind-the-scenes look at mom Kris Jenner‘s Easter celebration, which included a beautifully set table with chocolate eggs. Each of the edible decorative pieces had the names of family members written in icing, along with a wooden hammer to open them! The brunch and easter egg hunt appeared to be at Kris’ massive Palm Springs estate where Kylie’s nieces and nephews — including Khloe Kardashian‘s daughter True, 4, and Kim Kardashian‘s daughter North, 8 — were also present!

Kylie has kept a low profile since giving birth to her second child on February 2, which she confirmed via Instagram a few days after. At the time, she also revealed he was named Wolf Jacques Webster — but said that was no longer the case on March 21 when she dropped the YouTube video “To Our Son,” documenting her pregnancy. “FYI our sons name isn’t Wolf anymore,” she said at the time.