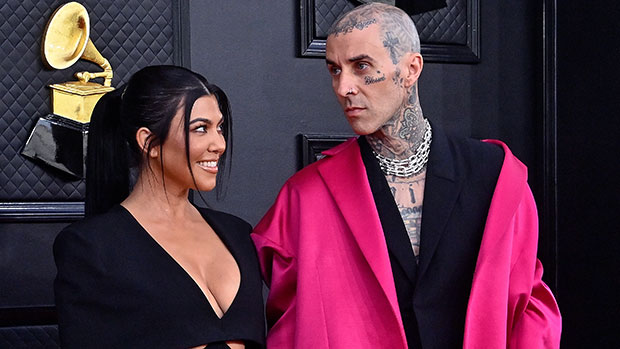 Kourtney Kardashian and Travis Barker were not afraid to roll the dice on love. They become the latest celeb couple to get hitched in Vegas, so see who else got married in Sin City.

For some wild reason, some of Hollywood’s hottest couples took the game and got hitched in Las Vegas. Sin City has been the destination of nearly a dozen high-profile weddings — most of which have not lasted. But, the unions that have weathered the test of time have one epic wedding story to share for many years to come. Take a look through our attached gallery to see all of the star couples who’ve tied the knot in quickie weddings in Last Vegas!

Travis Barker went to Las Vegas for the 2022 Grammy Awards and left Sin City with a new wife. The blink-182 drummer and his fiancé, Kourtney Kardashian, got married in the early hours of Monday, Apr. 4. The wedding took place just hours after he performed alongside H.E.R. and Lenny Kravitz at the awards show.

Like many Vegas weddings, an Elvis Presley impersonator presided over Travis and Kourtney’s wedding, officiating the ceremony as they became husband and wife. While this ceremony means they’re now officially married, there will be a more formal, glamorous affair down the line. They actually reportedly have “several” ceremonies planned, so 2022 will be the year of Kravis.

As everyone said when it happened – “fifth time’s a charm?” Nicolas Cage said “I do” for the fifth and possibly final time in 2021. He and Riko Shibata tied the knot in a wedding at the Wynn Hotel in Las Vegas on Feb.