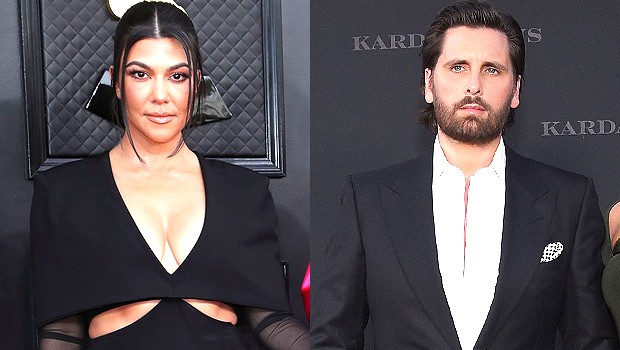 The premiere episode of ‘The Kardashians’ features Kourtney Kardashian finding out about Scott Disick DMing her ex, Younes Bendjima, about her — and we see her reaction to the drama for the first time!

Kourtney Kardashian is livid with her ex, Scott Disick, after she finds out that he was talking about her in Direct Messages to her ex, Younes Bendjima, on the premiere episode of The Kardashians. The drama went down at the end of August 2021, with Younes leaking the DMs of Scott dissing Kourtney for packing on the PDA with Travis Barker in Italy. However, Kourtney never publicly addressed the situation — until now.

“When I was in Italy with Travis on our summer vacation, I woke up to a text from Scott saying, ‘I’m so sorry, I DMed your ex-boyfriend, who I can’t stand,’” Kourtney explains. “He sent me a screenshot of it and said, ‘He posted it on his Story.’ For so many years, Scott always got away with bad behavior and has still been invited [to family events], but I don’t think that’s going to continue.”

Kourtney vents about the situation at lunch with Kim Kardashian and Khloe Kardashian. “He was asking if he could apologie [to Travis], and I wrote him, ‘That’s despicable,’” Kourtney says. “Anytime we’re doing anything, having a seven person barbecue, do we have to call him? Me kissing the love of my life is not anything bad. I don’t want it to be taken negatively. I will continue to live my life and pretend no one’s watching.”

Earlier in the episode, Kim hosted a barbecue at her house and didn’t invite Scott.