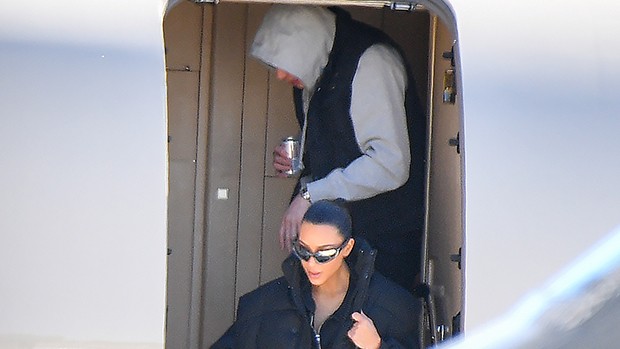 ‘The King of Staten Island’ star introduced his girlfriend to more of his family members, while she was out on a recent trip to New York.

Kim Kardashian keeps meeting more of Pete Davidson’s family! The reality star reportedly was introduced to the Saturday Night Live funnyman’s grandparents in Staten Island, while she visited New York on a recent trip to New York, according to TMZ. Kim, 41, apparently had an impromptu meeting with the 28-year-old comedian’s grandparents, while saying hi while he worked on a movie.

A source close to the couple said that Kim had visited Pete on-set for his latest movie, and when he finished up for the day, the pair were close by to where his grandparents’ home in Staten Island is, and they decided to pop-in for a visit. The couple spent some quality time with them, and it gave Kim a chance to officially meet the comic’s grandparents.

Kim and Pete go to the movies in Staten Island together in December. (MediaPunch/Shutterstock)

Now that the pair have been together for a few months, it’s no surprise that they’ve been meeting their extended families. Kim met Pete’s mom Amy during a visit to Staten Island back in December. A source told HollywoodLife exclusively at the time that the two women hit it off, and Kim “laughed a lot,” but “they also had some intimate conversations.” They explained that, “They talked about Kim and Pete’s late fathers. Both of their dads died in the month of September, two years apart from each other.”

Pete’s also been bonding with Kim’s loved ones.