Kim Kardashian Glows In Beige Crop Top By Pool: ‘Sunday In My Skims’ 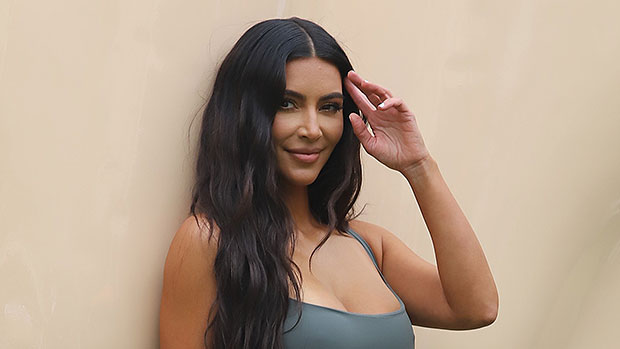 Kim Kardashian, 41, got her fans’ attention on Sunday when she shared new epic sexy pics of herself! The reality beauty posed outside by a pool while rocking a beige crop top and matching bottoms as well as black sweatpants. She had her hair down and flashed a smile for the camera in one snapshot while closing her eyes and tilting her head back with her hands on her hair in the others.

Kim revealed the outfit she was wearing is from her SKIMS collection, in the caption of the pics. “

Sunday in my @skims

Once she shared the new set of photos, it didn’t take long for her fans to compliment them. “Hi pretty,” one fan wrote while another simply but effectively wrote, “Wow.” A third shared, “I love relaxed Kim” while a fourth wrote, “This is the prettiest picture I have seen of her since she was young.” Others left heart emojis to signify their love of the post.

Kim’s new photos come after she made headlines for news about if or when her boyfriend Pete Davidson will appear on her family’s new Hulu reality show, The Kardashians. A source told us that the devoted girlfriend won’t force him on the show if he doesn’t want to be on it and has “no plans” on persuading him.

“Kim knows that Pete is not fully on board with appearing in season two and she also knows what people are saying about it to him,” the insider EXCLUSIVELY told HollywoodLife.