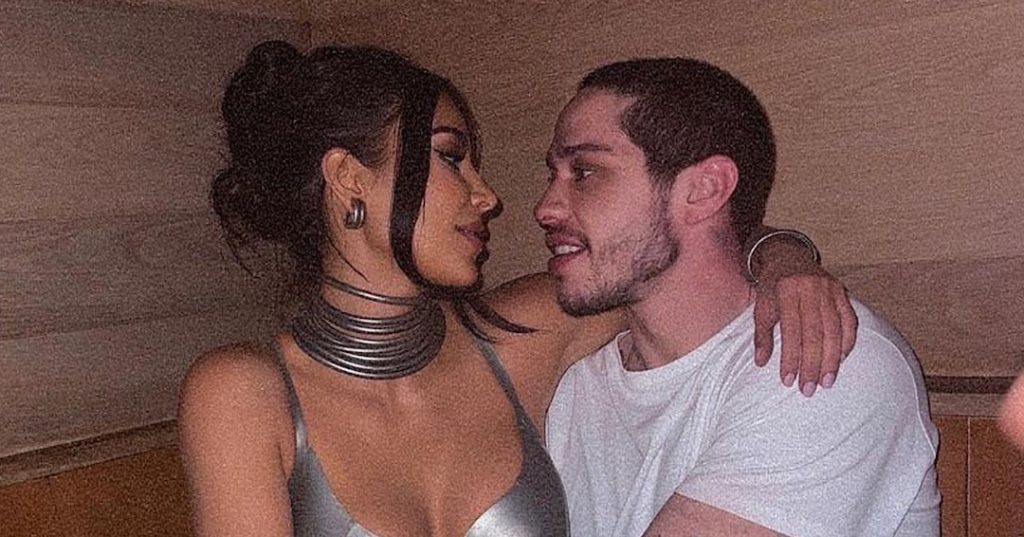 Can you keep up with #Kete?

For Kim Kardashian and Pete Davidson‘s latest date night, the couple flew back to Washington, D.C., to attend the 2022 White House Correspondents’ Dinner. For the dinner, which is being held for the first time in three years due to the ongoing coronavirus pandemic, the Keeping Up With the Kardashians alum stunned in a shimmering halter Balenciaga Couture dress with Lorraine Schwartz jewelry, while the Saturday Night Live comedian donned a sleek Prada tuxedo paired with Prada sunglasses and Vans shoes.

This outing for Kim, 41, and Pete, 28, comes less than 24 hours after he performed at a Netflix Is A Joke Fest comedy event in Los Angeles—during which he poked fun at Kim’s ex, Kanye West. (The SKIMS mogul filed for divorce from the Grammy winner in February 2021.)

Kim, who shares four kids with Kanye, first started dating Pete in late 2021 after she hosted SNL. Since then, the stars have been seemingly inseparable, with couple enjoying trips to New York, D.C., and recently Florida.

In early April, Pete showed his support for Kim and her family at the premiere of their Hulu show The Kardashians, though he decided not to walk to the red carpet.