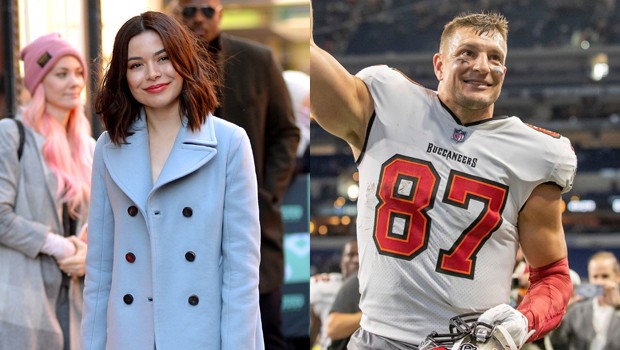 Nickelodeon’s beloved award show will be back on April 9, slime and all. Find out who’s hosting this year’s ceremony, and get a refresher on the most recent hosts.

The 2022 Kids’ Choice Awards nominations were revealed on March 9. Your favorite stars like Elizabeth Olsen, Zendaya, Tom Holland, and more are among the TV and movie nominees this year. Music stars like Cardi B, Lady Gaga,Taylor Swift, Shawn Mendes, and The Weeknd scored nominations as well. For the first time ever, the show will feature a night filled with 1,000 epic slimings and dozens of fun-filled pranks celebrating fan-favorite stars. The awards show will simulcast across Nickelodeon, TeenNick, Nicktoons, and the Nick Jr. channel.

We can’t wait to see Miranda and Rob host the 2022 Kids’ Choice Awards. There’s been so many great hosts in years past, and we rounded up the most recent five hosts, plus details about each ceremony, below.