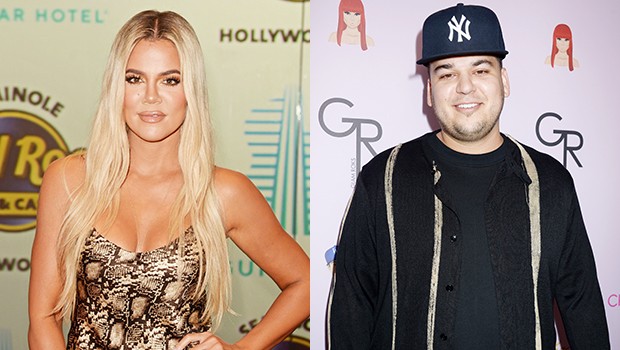 Khloe Kardashian has entered the chat. Amid the child support drama between Blac Chyna and Rob Kardashian, KoKo stood by her brother’s side with some subtle social media support.

No matter how ugly things get, Rob Kardashian can rest assured that his sister, Khloé Kardashian, will have his back. Such was the case with the recent clash between Rob, 35, and Blac Chyna, 33. After Blac proclaimed she was a “single mother [with] no support,” Rob brought out the receipts – literally. “I pay 37k a year for [Dream Kardashian’s] school,” he wrote in a conversation reposted by The Shade Room. As the dirty laundry was being aired, Khloé, 37, threw her support behind Rob by “liking” the post.

Khloé’s “like” was in support of her brother standing up for himself. Chyna first wrote how “yesterday, I had to give up [three] of my cars ..my reasons… morals, beliefs, being a single mother, no support I’m a MAMA.” She later wrote, “Single no support child support.” When The Shade Room shared Chyna’s comments, her ex, Tyga, wrote how he pays “40k a year” for his and Chyna’s son, King Cairo, 9, school. Tyga also said that King lives with him “Monday [through] Saturday. Why would I pay child support lol.” Then, Rob came in.

In addition to saying he pays $37 grand a year for Dream’s school, Rob claimed he “handle(s) every single medical expense. I pay for all her extracurricular activities.” Rob also said that he cares for Dream, 5, from Tuesday to Saturday. “Why would I pay child support lol,” he added, mirroring Tyga.