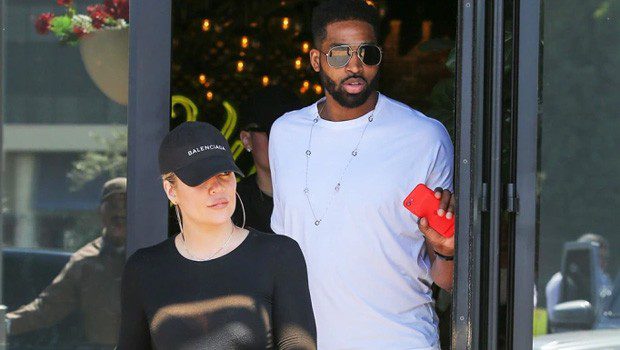 Khloe Kardashian sobbed uncontrollably during the season finale of The Kardashians after processing the fact that her partner, Tristan Thompson, had cheated on her again. Kim Kardashian broke the news about Tristan’s paternity lawsuit, where he admitted to having sexual intercourse with another woman, to Khloe over the phone. After getting over the shock of what happened, Khloe was in tears. After the scandal broke, Khloe needed to take a few days to herself.

“I found out what Tristan is doing with the rest of the world,” she admitted. “A courtesy would be not doing it. But fine — if you do — you’re not even going to give me a f***ing heads up before the rest of the world? It’s just an additional slap in my face. It’s humiliating. I’m embarrassed. I would prefer to be alone than around people.”

Khloe Kardashian and Tristan Thompson out and about. (BACKGRID)

In December 2021, news broke that Tristan was requesting a paternity test via a lawsuit after a woman named Maralee Nichols said he fathered her child. In his lawsuit declaration, Tristan admitted to sleeping with Maralee on his 30th birthday in March 2021, which was just days after Khloe had thrown him a birthday party. Khloe had no idea about the infidelity until the lawsuit went public. It was eventually confirmed that Tristan is the father of Maralee’s child.

“I’m replaying every event, every grand gesture, every trip, every date. All of that was a lie,” Khloe said.