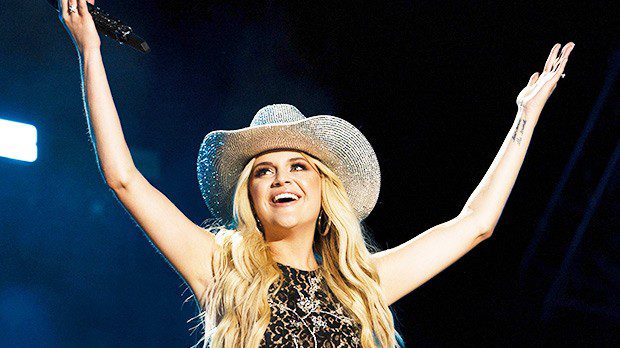 Kelsea Ballerini was one of several country stars to hit the main stage at the CMA Music Festival in June 2022, and her performance was televised with many others on Aug. 3. The 28-year-old looked like she was having a blast as she performed, wearing an embroidered jumpsuit that hugged every inch of her figure. At one point during the performance, she put on a sparkly cowgirl hat to acknowledge her country roots while she belted out some of her hits.

The televised portion of Kelsea’s performance included her latest single, “HEARTFIRST,” as well as a rendition of her No. 1 hit, “Half of My Hometown.” Although the latter song features Kenny Chesney on the song’s album version, Kelsea took it on solo as she wowed the massive crowd at Nissan Stadium. Those in attendance also got to see Kelsea sing “Miss Me More,” “Love Me Like You Mean It,” “Dibs,” “Yeah Boy,” “I Quit Drinking,” “Homecoming Queen,” “Peter Pan,” and “Hole in the Bottle.”

Kelsea released her third studio album, Kelsea, in March 2020 amidst the very beginning of the COVID-19 pandemic. While in lockdown, she recorded stripped down version of all the songs, which led to the release of Ballerini that September. Since then, Kelsea has been hard at work at new music. She dropped “HEARTFIRST,” the first single from her fourth album, in April 2022. After letting the song marinate with fans for a few months, Kelsea confirmed that the album,