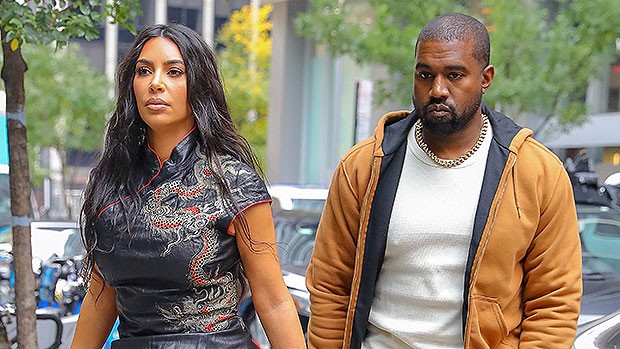 Kanye West said that he has ‘all positive energy’ for ex Kim Kardashian’s Balenciaga campaign amid his on-going social media outbursts.

Kanye West, 44, positive a positive message for his estranged wife Kim Kardashian, 41. amid his on-going social media outbursts. The Yeezy designer took to Instagram to comment on her new Balenciaga ad campaign with designer Demna, who is his close friend and creative director.

“This Balenciaga campaign premiered in Times Square,” the Watch The Throne rapper wrote in a caption, sharing a photo of Kim’s new photoshoot. “I know ya’ll can understand that this better sweet for me. This is awesome. All positive energy,” he added.

In the image, the KKW Beauty founder wears a black leather trench, black boots featuring the details from the brand’s iconic Motorcycle bag and a neon green Le Cagole handbag in XS. The campaign was shot by photographer Stef Mitchell at Kim’s iconic home in Calabasas which she formerly shared with Kanye and their four children.

The campaign is likely “bittersweet” due to Kanye’s close working relationship with both Balenciaga and Demna: the Chicago native often wears the designs (if not exclusively, in addition to Yeezy), even outfitting now ex-girlfriend Julia Fox in various Balenciaga outfits. Many have also believed that Kim’s last few months of Balenciaga looks have been Ye inspired. The rapper also has his own collaboration with the Spanish fashion house coming up involving Gap and Yeezy.