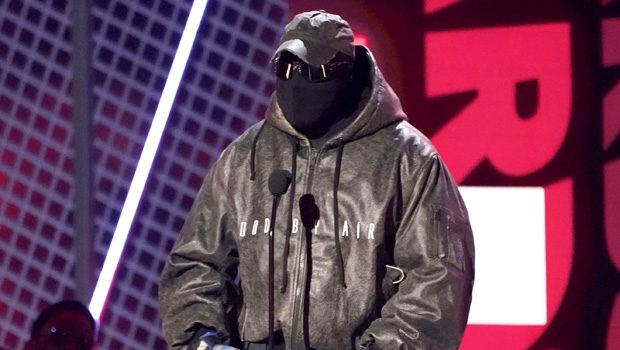 Kanye West appeared onstage at the end of the BET Awards on June 26 to honor Diddy with the Lifetime Achievement Award. True to character, Kanye covered up his face with a mask and hood while speaking about how Diddy has inspired him throughout his entire career. He even appeared to get emotional at one point while talking about the legendary rapper.

During his lengthy speech, Kanye even referenced his divorce from Kim Kardashian, throwing a little shade at his ex. “I go to [Diddy] for advice to this day,” Kanye said. “He inspires so many of my choices. So many of my life choices. My wife choices. And here we are — thanks for that, Puff.” Kanye chuckled after making the joke and the audience cracked up. Twitter also immediately became flooded with fans expressing their reactions o the shade.

Aside from the small reference to Kim, Kanye mostly took his time on the BET Awards stage to thank Diddy for being an inspiration to him. “This man has survived a lot of stuff and broke down a lot of doors so we could be here today,” Kanye admitted. “He broke down so many doors about classism, taste, culture, swag. Puff, if I never told you…I love you.”

Kanye also recalled getting Diddy’s old mixtapes and listening to them in his mom’s house,