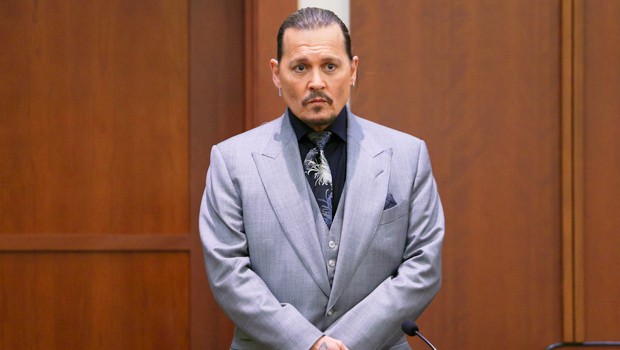 Johnny Depp was intensely questioned by Amber Heard’s lawyers, as the cross examination in the Pirates of the Caribbean star’s defamation trial against his ex-wife continued on Thursday April 21. The actor said that he’d “vehemently disagrees” that he’d head butted Amber during a December 2015 altercation, when Amber’s lawyer Ben Rottenborn asked about the incident.

The lawyer asked if he agreed if there’d been a head butt, to which Johnny responded, “No, I would vehemently disagree with that, sir,” he said, before giving more context to the incident, including showing how he’d tried to restrain her. “I was trying to restrain Ms. Heard and once I had restrained her, I would say if she’s trying to still move around and kick at me or trying to get loose, any sort of movement when you’re like this and your heads are this close together, it’s not impossible for them to bump, but a head butt is a pretty extreme definition of that.”

After Johnny’s response, they played an audio recording of Johnny and Amber talking. ” “I head butted you in the f**king… forehead. That doesn’t break a nose,” he could be heard saying in the recording. After the lawyer asked Johnny to confirm what was said in the recording, he confirmed, but he also stood by that he hadn’t intentionally head butted her. “I was using the words that Ms. Heard was using, but there was not an intentional head butt,” he said. “If you want to have a peaceful conversation with Ms. Heard, you might have to placate just a little bit.”

The cross examination began towards the end of the day on Wednesday April 20,