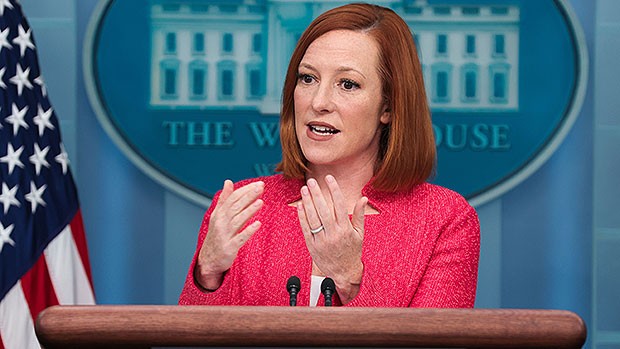 Jen Psaki shared that she likes Peppermint Patty and didn’t find Ted Cruz’s comments comparing her to the ‘Charlie Brown’ character as an insult.

Jen Psaki proved she’s unphased by Ted Cruz’s attempt to rouse her as she clapped back at his “Peppermint Patty” diss. During a White House briefing, a reporter asked Joe Biden’s press secretary how she feels about referring to as the Charlie Brown character. “Don’t tell him I like Peppermint Patty. So I’m not gonna take it too offensively,” she said, then turned directly to the cameras. “Senator Cruz, I like Peppermint Patty. I’m a little tougher than that. But there you go.”

Ted Cruz took a moment to diss the press secretary during the Conservative Political Action Conference in Orlando, Florida. “You know Peppermint Patty deserves some love,” he prodded. However, he didn’t get the chuckles he expected as the jab was met with silence. It seems Ted will have to try better if he wants to get a rise out of her.

This isn’t the first time Psaki has been compared to a fictional character. Many Scandal fans have compared her to the character Abby Whelan, a White House press secretary who becomes chief of staff to the fictional President Fitzgerald Grant. It seems many think that Darby Stanchfield is her celebrity look-alike.

Jen also has been known to clap back when needed at a press conference. When asked if President Biden planned on keeping the Space Force instated by Donald Trump,