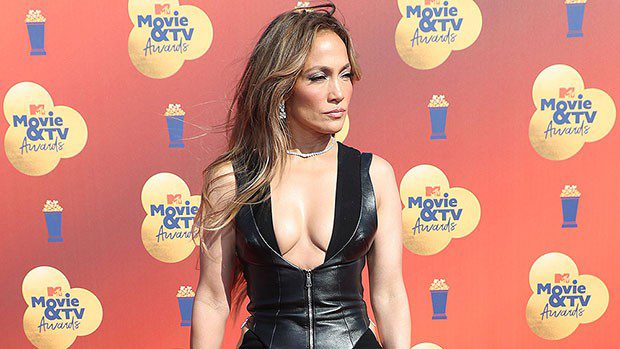 The year of Jennifer Lopez continued on Sunday (June 5) at the 2022 MTV Movie & TV Awards. J.Lo, 52, was on hand to receive the Generation Award, but before that could happen, she had to strut her stuff down the red carpet. There, she rocked a form fitting black dress with a plunging neckline and leather bodice.

Jennifer Lopez on the Red Carpet During the 2022 MTV Movie & TV Awards on June 5, 2022 (Chelsea Lauren/Shutterstock)