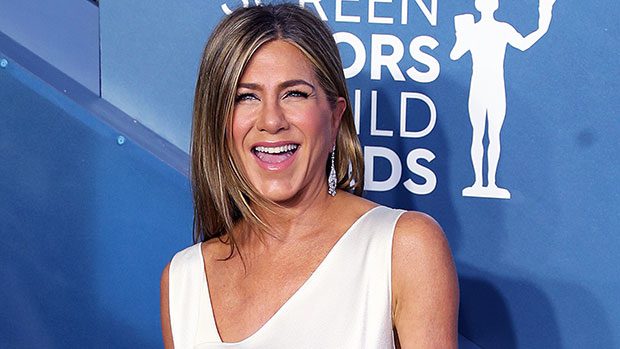 Jennifer Aniston knows that sometimes a quiet, peaceful morning is all you need to get your day started right. The ‘Friends’ alum, 53, took to her Instagram on Friday, August 12 to prove such a point as she shared an adorable photo of herself relaxing on her couch with her two furry friends. In the three-slide album, which she captioned ‘Morning’, Jennifer can be seen rocking a short, dark robe while she pets the head of her cute dog Lord Chesterfield as her other pup Clyde lies nearby.

The heartwarming post comes a few weeks after Jennifer poured her heart out when she paid tribute to her father John Aniston at the Daytime Emmy Awards. The actress gave an emotional speech while presenting the iconic Days of Our Lives actor, 88, with a lifetime achievement award. Although John was not in attendance at the in-person ceremony at the Pasadena Civic Auditorium and Jennifer recorded her message prior to the event, it was undoubtedly a special moment as the pair had been formerly estranged for quite some time.

“It’s an opportunity to not only pay tribute to a true icon in the daytime television world, but it’s also a chance to recognize the lifelong achievements of a great and well-respected actor who also happens to be my dad,’ Jennifer began in her speech. “John Aniston has been working in television consistently for over half a century. He started acting in 1962, garnering roles on all types of now-classic television programs like Combat!, Mission: Impossible, Kojak and later made many guest appearances on shows like Airwolf,