January Jones, 44, Wears No Makeup While Belting Out Celine Dion In New Video 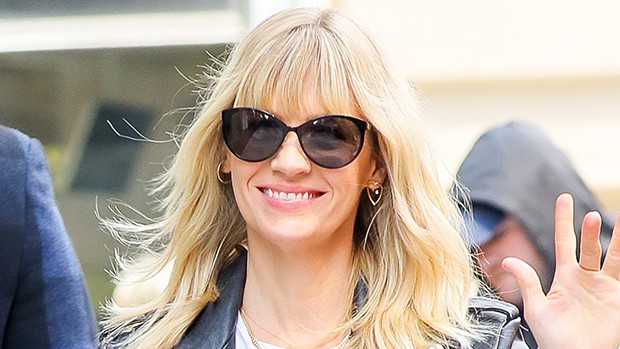 Sing it, January Jones! The actress proudly belted out ‘My Heart Will Go On’ in a new video, and joked that she’s ‘thinking about a career pivot.’

January Jones, 44, was completely fearless in a new video shared on March 21. For starters, the Mad Men alum owned her natural look by going completely makeup-free in the footage. She looked effortlessly gorgeous in an oversized black-and-white sweater and ripped jeans. January also bravely tested out a new talent of hers: singing!

That’s right, the star proved she can act and sing by effortless belting out her own rendition of Celine Dion‘s hit “My Heart Will Go On.” January sang into a microphone and nailed the performance, if we say so ourselves.

January was so into her delivery of the song made famous from Titanic. She appeared to perform the impromptu karaoke session inside her home, while being recorded by a family member or friend. January rocked her new bowl-cut blonde hairdo in the footage. She never lost focus throughout her performance, until the very end, when she smiled and laughed at the camera as the video cut off.

January has been living her best life since she turned 44 in at the beginning of 2022. She celebrated with a sexy poolside selfie that she posted to Instagram at the time.