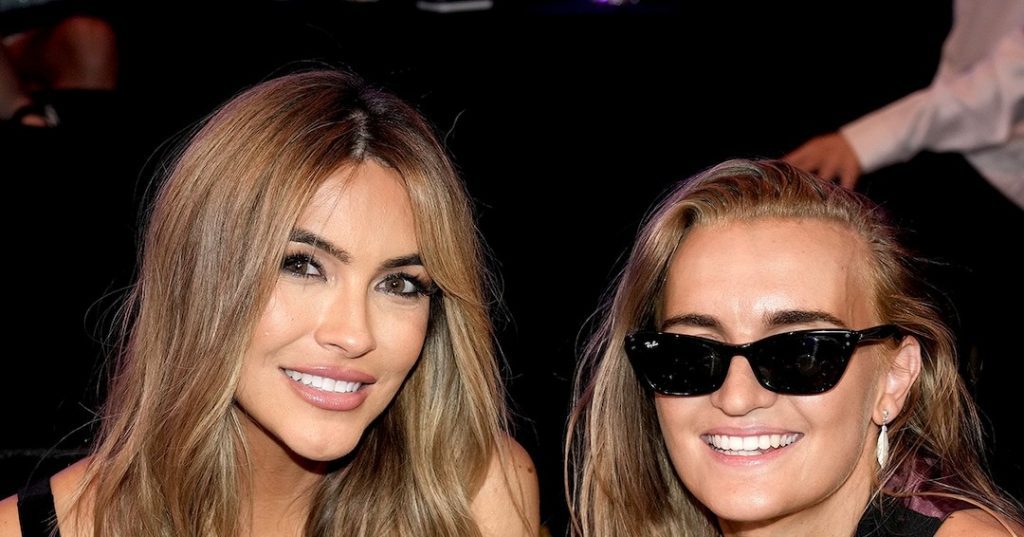 Chrishell Stause has found her No. 1 fan in G Flip.

The Selling Sunset star, 40, took home two awards—Best Docu-Reality Series, along with her castmates, and Best Reality Star—at the MTV Movie & TV Awards: Unscripted ceremony, which aired on June 5. And you can bet her partner was there at the Barker Hangar in Santa Monica, Calif., to cheer her on every step of the way.

The Australian musician, who identifies as non-binary, cheered loudly and threw their glass into the air when Chrishell first took the stage during the awards show to introduce the new Selling Orange County.

“Any top real estate agent knows that you always need to be expanding your sexuality,” she quipped on stage, before correcting herself to say “territory.”

While sitting with Chrishell’s castmates, G Flip could be seen laughing alongside Jason Oppenheim (who Chrishell dated in 2021) as they listened to her speech.

Chrishell was also nominated for Best Fight for her unforgettable battle with co-star Christine Quinn during season four of the Netflix show.

When the real estate agent returned to her table, she and G Flip, who announced they were dating in May, appeared more in love than ever as they cuddled and shared some celebratory kisses.

G Flip, 27, who wore their signature sunglasses indoors, seemed to fit right in with the rest of the cast as they chatted with Brett Oppenheim and sat next to Mary Fitzgerald. Chrishell and G Flip were also seen hanging with RHOBH‘s Teddi Mellencamp and RHOC‘s Tamra Judge.