Iggy Azalea’s Son Onyx Kelly: Everything To Know About Her Kid With Playboi Carti 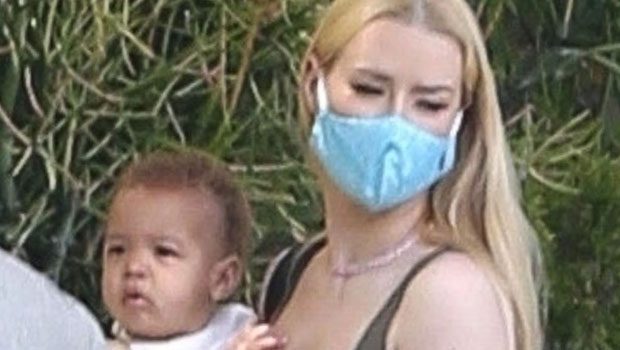 Iggy Azalea, 32, may not be most famous for her life as a young mother — but her little guy Onyx Kelly has her whole heart! Amethyst Amelia Kelly‘s accomplishments are astounding by any measure. The Australian rapper from New South Wales burst onto the scene in 2012 when she signed with Mercury Records, then Island Def Jam. Her songs “Fancy” and “Work” made her a household name. Iggy’s also famous for more controversial work on YouTube, but music isn’t all she’s known for. The blonde stunner is a model, most notably as the face of Levi’s Jeans.

Her love life is equally star-worthy, as she’s dated L.A. Laker Nick Young and Rihanna‘s current partner and baby daddy A$AP Rocky. But it was her relationship with ex-boyfriend Playboi Carti that brought her the love of her life, Onyx. Here’s everything you need to know about the American Music Award winner’s only child.

While Iggy definitely had Onyx sometime in mid-2020, she’s never confirmed an exact birth date for her bouncing boy — preferring instead to reveal without pictures that she had secretly welcomed her sone with Playboi and was already a mother. “I have a son,” she announced via Instagram stories on June 10, 2020. “I kept waiting for the right time to say something but it feels like the more time passes the more I realize I’m always going to feel anxious to share news that giant with the world.” Iggy also noted that she “wanted to make it clear he is not a secret.” “I love him beyond words,” she added.