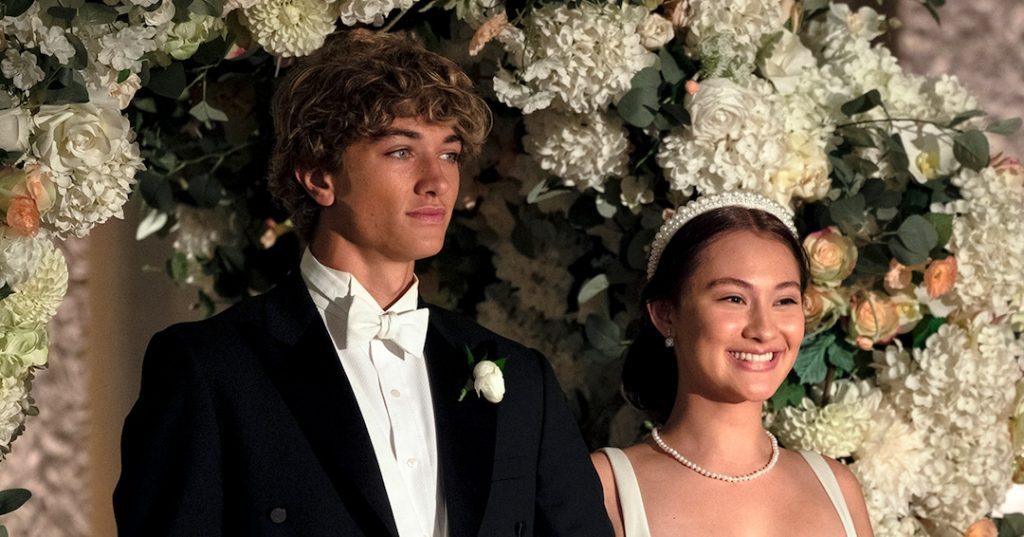 How The Summer I Turned Pretty Series Differs From Book

Want to fit in in Cousins Beach? Invest in oversized T-shirt.

The Summer I Turned Pretty premiered on Amazon PrimeVideo June 17 and viewers immediately fell in love with the idyllic, coming-of-age show, which transported them back to their own special summer memories. It was a feeling costume designer Jessica Flaherty could relate to.

“It’s so rare that we get to have this really pure remembrance, where it hits you in a spot where you can smell and taste that time,” Flaherty exclusiely told E! News of the series, which is based on Jenny Han’s beloved young adult trilogy. Centering on the love triangle between 16-year-old Belly (Lola Tung) and two brothers, Conrad (Christopher Briney) and Jeremiah (Gavin Castelegno), it perfectly captures the magic of firsts and the wistful ache that only a teenage summer can inspire.

An essential element that makes up that nostalgic and dreamy effect is the style of its characters, which straddle the line between TV-cool and refreshingly normal especially in the age of Gossip Girl and Outer Banks.

“Sometimes it’s hard because a show that’s really fashionable and current and on the pulse, could be like, ‘What are kids wearing?’” Flaherty explained. “But that’s not what we’re doing. It was important to stay true to the vision and focus on the horizon line, like these are the colors, the arc and the beats we want to do. Bright purple might be the color of the summer, but we’re doing pastel blues. It’s finding that little niche that exists in the world.”

Flaherty took E! News inside that process of establishing the unique style for each character and in The Summer I Turned Pretty.