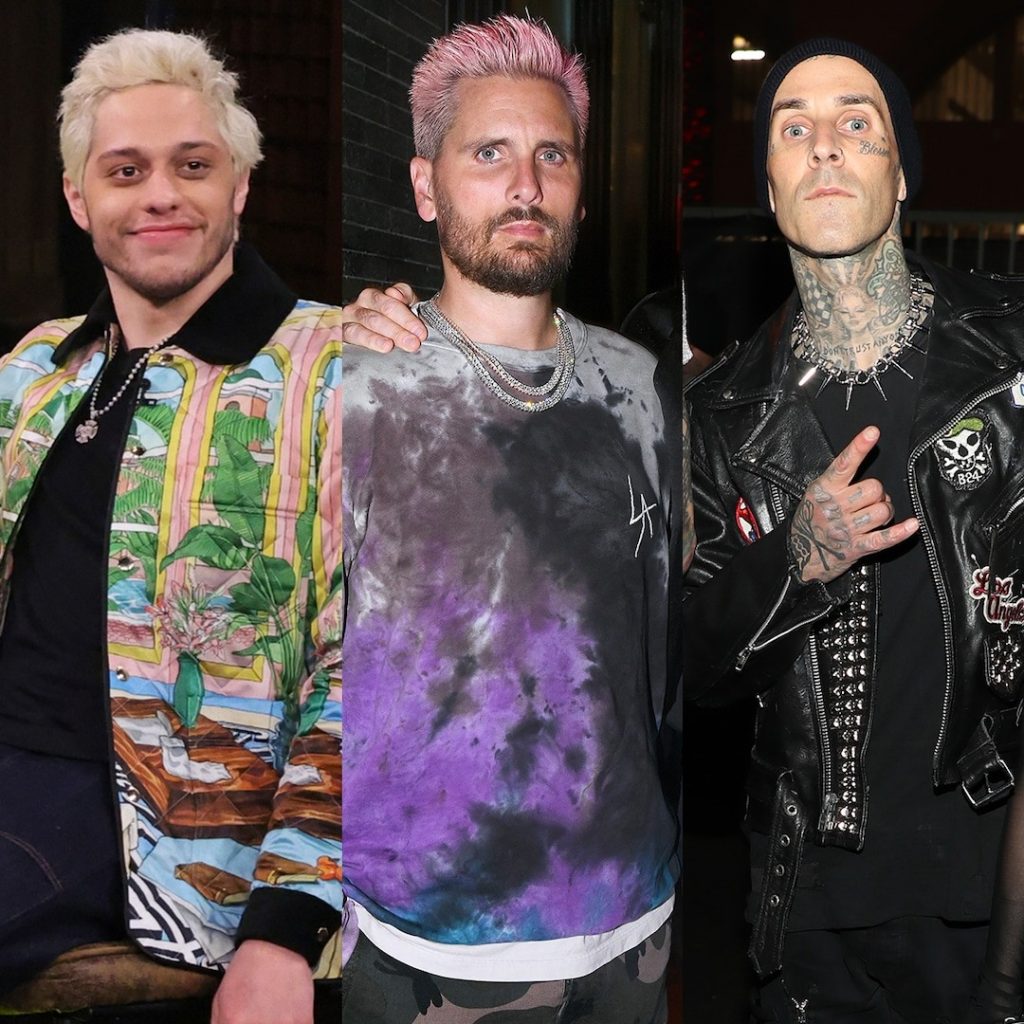 Scott Disick has a lot of thoughts when it comes to the new men in Kourtney and Kim Kardashian‘s lives: Travis Barker and Pete Davidson.

When it comes to the Saturday Night Live star, a source close to Scott exclusively told E! News that the Keeping Up With the Kardashians alum has formed a strong bond with Kim’s new boyfriend and officially “welcomed Pete into the family.”

“They have become good friends,” the source explained. “They both have the best sense of humor and it’s always fun when they are together.”

The source noted that Pete and Scott have hung out “several times” together—even “without Kim or any of the sisters” present—and have struck up a fast friendship.

As for what Kim thinks about the new pals? The source shared that the SKIMS founder finds the pair “cute.”

Scott and Pete’s friendship first made headlines after a video seemingly taken by Pete was uploaded onto Scott’s Instagram Story on March 20.

The early-morning footage saw Scott and two other men fast asleep as the 1982 film The King of Comedy played on a nearby television. Then, the camera pans to reveal Pete.

However, while Scott might have welcomed Pete with open arms, the same can’t be said when it comes to Kourtney’s Blink-182 rocker fiancé, Travis.

While the source noted that Scott—who shares Mason, 12, Penelope, 9, and Reign,