Helen Mirren’s Husband: Everything To Know About Taylor Hackford & Their 25 Year Marriage 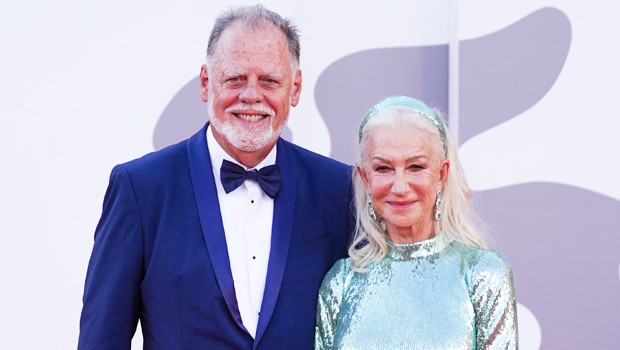 ‘The Queen’ actress has had a relationship with the director spanning three decades. Find out everything you need to know about Helen Mirren’s marriage to Taylor Hackford.

Helen Mirren, 76, is acting royalty! The Hitchcock star has appeared in tons of beloved and critically acclaimed movies throughout her career. From her early career as Hermia in a 1967 adaptation of A Midsummer Night’s Dream to more recent roles in mystery dramas like The Good Liar in 2019, there’s no slowing the British star down. Throughout much of her career she’s had one man by her side: her husband Taylor Hackford, 77, who she’s been with since 1986 and married to since 1997. Find out more about Taylor and his marriage to Helen!

Helen cozies up to Taylor at the premiere of ‘Annette.’ (David Fisher/Shutterstock) How did Helen and Taylor meet?

Both Helen and Taylor had established themselves in the film industry when they first crossed paths in 1985. Helen had recently made her breakout performance in 1980’s The Long Good Friday, and Taylor had recently had box office success with An Officer and a Gentleman and The Idolmaker. The pair met when Helen was cast in Taylor’s 1985 flick White Nights. Taylor opened up about his first meeting with Helen in a 2006 profile on the actress for AARP. He revealed that he’d kept her waiting for her audition for an extended period of time. “It was a strange way to meet Helen, because she is a lovely person, but she didn’t hold back her fury,” he said.

Prior to meeting Taylor, Helen had thought that she wouldn’t get married,