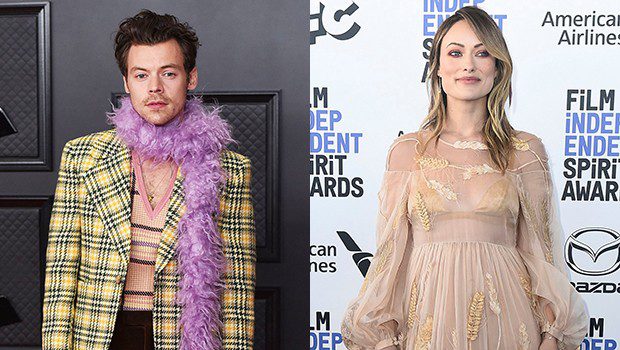 Olivia Wilde and Harry Styles appear to be looking for a home together! The actress, 39, and singer, 29, were spotted holding hands as they checked out the North Hampstead neighborhood in London on Thursday, June 9 in the images published by the Daily Mail. The pair were casually dressed, with Olivia rocking a bomber jacket reading Otis for her 8-year-old son, paired with jeans, Meanwhile, Harry rocked a purple ’80s inspired jumpsuit and a beanie. At one point, the two stopped to look into a real estate agent’s office.

The unexpected couple have been inseparable since linking up romantically in 2021 after working on the film Don’t Worry Darling (Harry is starring, while Olivia directed). The pair have remained mum on commenting on their romance, however, Harry recently described his working relationship with the former O.C. actress in an interview — calling her a “gift.”

Harry Styles and Olivia Wilde have been dating since Jan. 2021. (Shutterstock)

“I had a wonderful experience being directed by Olivia,” the former One Direction singer said to Howard Stern on his Sirius XM show. “Acting is kind of very uncomfortable at times. I think you have to trust a lot. It requires a lot of trust if you want to kind of give it everything, and I think being able to trust your director is a gift, so that was very helpful,” he said of the experience, adding that it was a “nice experience” to work on the film. The project is slated for release on Sept.