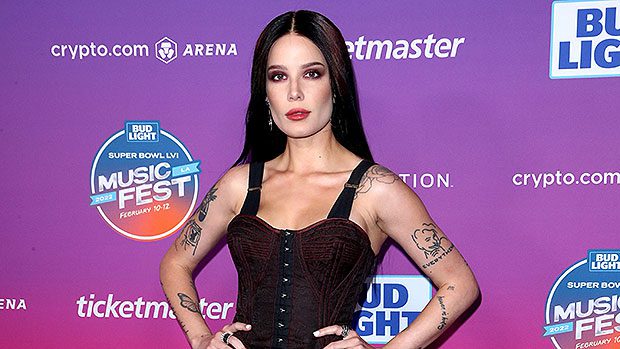 Halsey gave a vulnerable op-ed that was published in Vogue on July 1, 2022, regarding her personal experience with being a mother, giving birth, and suffering from multiple miscarriages. The moving piece was written in response to the Supreme Court overturning Roe V. Wade in June 2022.

After the birth of her son Ender the previous year, the 27-year-old singer described that she endured three miscarriages before the age of 24. “One of my miscarriages required “aftercare,” a gentle way of saying that I would need an abortion, because my body could not terminate the pregnancy completely on its own and I would risk going into sepsis without medical intervention. During this procedure, I cried. I was afraid for myself and I was helpless. I was desperate to end the pregnancy that was threatening my life,” she emotionally explained.

“How funny that while my own heart would amount to nothing more than a series of involuntary movements on an operating table, a beating heart in my womb could mean I couldn’t consent to saving my own life,” she added.

“Many people have asked me if, since carrying a child to term after years of struggling to do so, I have reconsidered my stance on abortion. The answer is firmly no. In fact, I have never felt more strongly about it. My abortion saved my life and gave way for my son to have his. Every person deserves the right to choose when, if, and how they have this dangerous and life-altering experience.