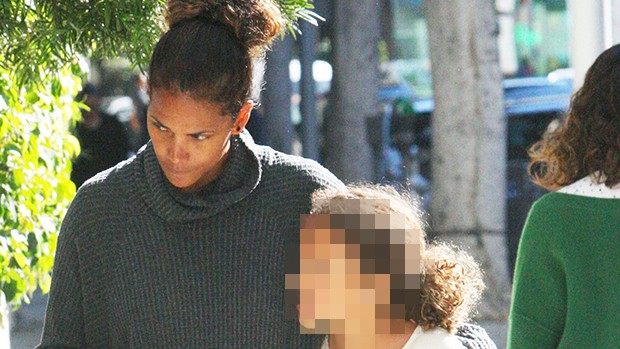 Halle Berry sweetly celebrated daughter Nahla’s 14th birthday with a precious photo of the mom and daughter walking on the beach together.

Halle Berry’s oldest child is officially 14! Her daughter, Nahla, celebrated her 14th birthday on March 16. In honor of her daughter’s special day, Halle shared a rare mother-daughter photo on Instagram.

“14 years ago, I was blessed to give birth to an “Earth Angel” and I named her Nahla Ariela! Humbled by your presence and overjoyed at the same time! Happy Birthday, Nahla boo!” Halle wrote.

In the photo, Halle and Nahla have locked arms as they stroll on the beach. Nahla is wearing a swimsuit and shorts, while Halle has on a printed cover-up and hat. Someone captured the photo from behind with Halle and Nahla walking on the sand as the sun was setting.

The Oscar-winning actress keeps her two kids — Nahla and Maceo — off of her social media for the most part. The 55-year-old has posted a few photos here and there of her kids, preferring to keep her kids’ personal lives private.

However, Halle has no probably with posting and gushing about boyfriend Van Hunt. The Bruised star recently raved on Instagram over how supportive Van has been to her. “When your man lifts you higher than you ever thought you could go!” she wrote on Instagram on March 15. Van was her date to the 2022 Critics Choice Awards where Halle received the SeeHer award.

During her inspiring speech, Halle championed women in Hollywood and encouraged them to tell their stories on the big screen.