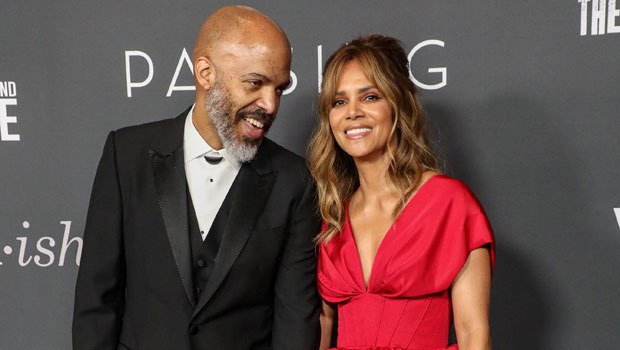 Halle Berry is supporting her beau in the best way possible: wishing him a happy birthday in the closest thing to a birthday suit!

Halle Berry, 55, wished her boyfriend, Van Hunt, a very special birthday in nothing but a t-shirt with his name on it! “HERE’S TO MY ONE AND ONLY! Happy Birthday VanO,” Halle wrote in the caption of her Instagram which showed her in the black “Van Hunt” t-shirt, underwear, and a newsboy cap.

“It’s no wonder your birthday and International Women’s Day are one and the same,” she continued in the caption. “There is no one I know who believes in, supports and uplifts women more than you. May this year bring back to you all the love and joy you give! I Love you.”

Halle went public with her latest romance via Instagram back in 2020. The couple were initially low key, however, he has attended several major red carpet events with Halle in 2021, including the Oscars, the opening of the Academy museum and her recent Bruised premiere.

The couple also teased fans with a New Year’s Day post that had many believing they got married while on vacation, considering the framing of the photo and their appearing to be sharing a kiss in a certain kind of ceremony. Halle later clarified they did not yet tie the knot. “We were just having some New Year’s Day fun! People clearly don’t swipe as much as we thought they did,” she said in the caption of a follow-up post, alongside a cute selfie of the pair. “thank you for the well wishes,