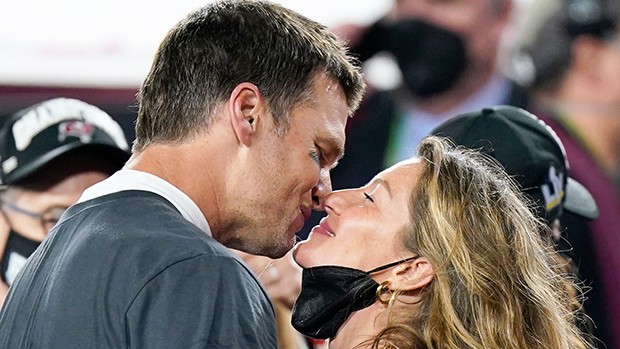 Coming out of retirement means less time for Tom Brady to spend with his family, but he still has the full support of his wife, Gisele Bundchen, and she proved it with an IG comment on March 13.

Tom Brady announced that he would be coming out of retirement to play another season with the Tampa Bay Buccaneers on March 13, and his wife, Gisele Bundchen, is on-board. “Here we go again!” she commented on his announcement post. “Let’s go lovvvey! Let’s go Bucs!” She also included a fire emoji to complete her message. When Tom announced his retirement in February, he explained that spending more time with his family was one of the biggest reasons for his decision, so to have Gisele’s support in reversing that choice is obviously crucial!

It was just a month and a half ago, on Feb. 1, that Tom revealed he would be retiring from football after a legendary career. During the down-time following his announcement, he took a trip with Gisele and the kids to Costa Rica, and after re-charging he seemingly changed his mind. “These past two months I have realized my place is still on the field and not in the stands,” Tom explained. “That time will come. But it is not now.”

Tom gave his family and teammates a special shoutout for allowing him to make this decision. “I love my teammates and I love my supportive family,” he wrote. “Without them, none of this is possible. I’m coming back for my 23rd season in Tampa.