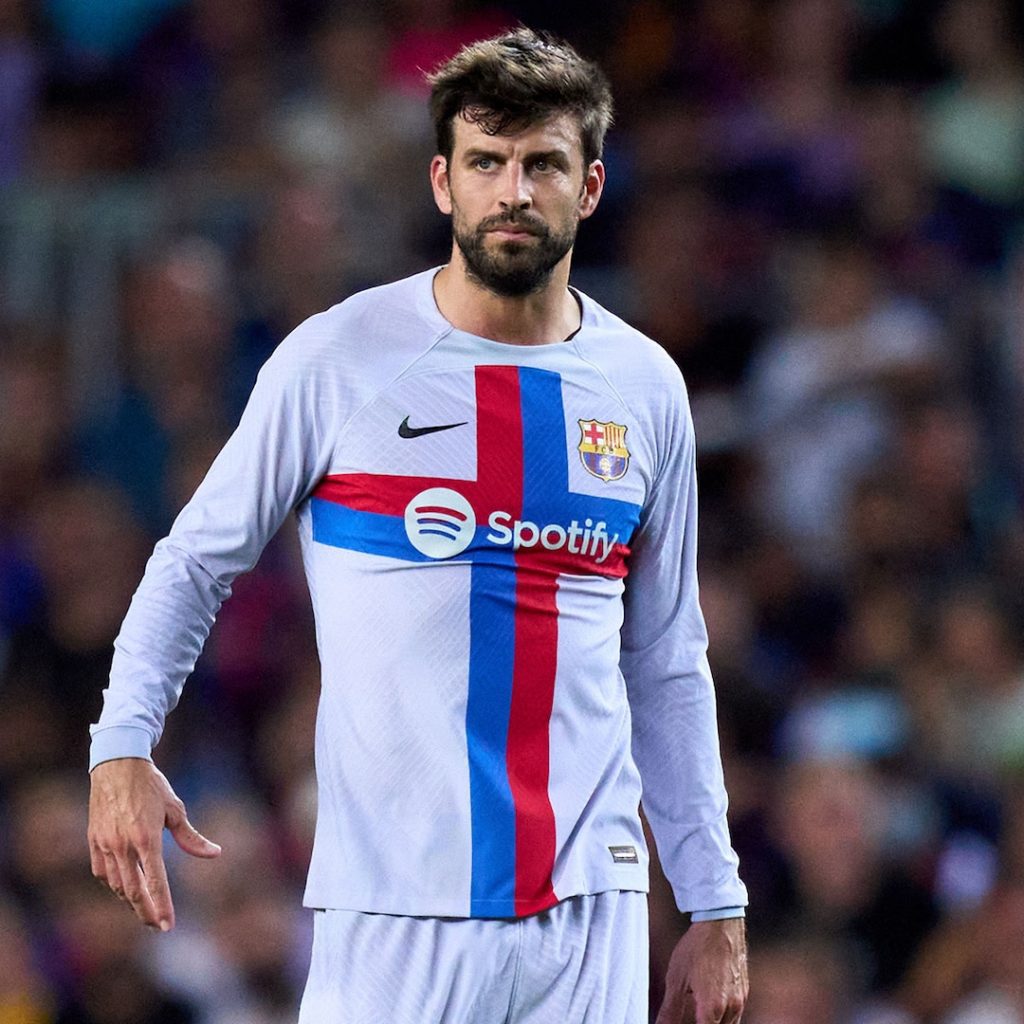 Soccer star Gerard Piqué stepped out with Clara Chia Marti for a wedding in Spain nearly three months after announcing his split from longtime partner Shakira.

It looks like Gerard Piqué has moved on following his breakup with Shakira.

Three months after announcing his split with the “Hips Don’t Lie” singer, the soccer player was spotted getting cozy with Clara Chia Marti at a wedding in Catalonia, Spain. As seen in photos published by the Daily Mail, Gerard, 35, wrapped his arm around Clara, 23, as the two made their way to the nuptials on Aug. 20. At one point during the evening, the two held hands while walking down a dirt path together.

For the occasion, Gerard wore a dark blue suit with a crisp white shirt and black dress shoes. Meanwhile, his plus-one donned a long striped dress and clear heels.

Gerard had been with Shakira, 45, for more than a decade when he and the “Whenever, Wherever” hitmaker—who are parents to sons Milan, 9, and Sasha, 7—shared that they had called it quits.

“For the well-being of our children, who are our highest priority, we ask that you respect their privacy,” they said in a joint statement to E! News on June 4, “Thank you for your understanding.”

Gerard met Shakira while filming her music video for “Waka Waka (This Time for Africa),” which was the official song of the 2010 FIFA World Cup. The duo went public with their romance in 2011, before announcing Shakira’s pregnancy the following year.