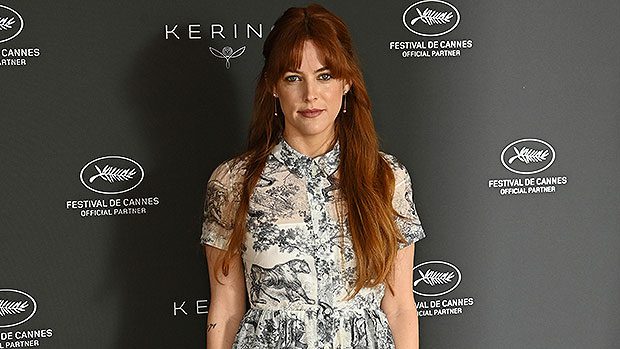 Riley Keough, 33, made a special appearance at the 2022 MTV Movie & TV Awards on June 5. The actress came on stage and presented a sneak peek at Elvis, the upcoming biopic film centered on Riley’s late grandfather Elvis Presley, played by Austin Butler. Riley looked gorgeous in a sheer blue skirt and pink leather tube top as she introduced the glimpse of Baz Luhrmann‘s highly-anticipated movie.

Can’t think of a better way to share an exclusive clip from the #ElvisMovie than to have @RileyKeough introduce it!!!

“In 1954, a young man from Mississippi walked into sun records and change music forever. That man was my grandfather. And though I never got the chance to meet him, I grew up in a world that had been profoundly shaped by his existence,” Riley proudly announced.

“To capture an iconic figure like Elvis, but thankfully, the visual genius Baz Luhrmann was up to the task,” She added. “Seeing my family history brought to life through Austin Butler’s mesmerizing performance was an incredibly emotional experience and I feel honored to have this story in his hands.” MTV then went on to show a previously unseen clip of the film, where audiences got a close look at Baz Luhrmann’s directorial aesthetic and Austin Butler’s acting choices that made him uncannily resemble Elvis.

Riley already got to watch Elvis during a screening at Cannes Film Festival.