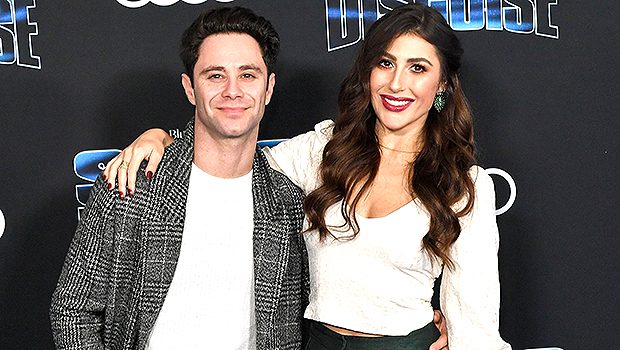 Say it ain’t so! Emma Slater and Sasha Farber are reportedly two-stepping away from their marriage. The Dancing with the Stars pros are calling it quits after being married for four years, according to UsWeekly. “They’ve been apart for many months now,” a source told the outlet. “They both have not been wearing their wedding rings and are each leading a single life.” HollywoodLife has reached out to Emma and Sasha’s reps for comment.

The insider went on to say that the split was a “tough decision” and there is still much to figure out for the pair, although they have not officially filed for divorce. “It’s been a difficult time since they really care about each other and have been together for so long,” the source explained.  Emma and Sasha are “leaning on friends for support” and will “continue to work together as professional dancers,” added the insider. “They’re pros and won’t let their personal life get in the way of DWTS.”

Although the news may come as a surprise to some — as the couple were performing together earlier this year on the Dancing With the Stars Live tour — rumors of a breakup have been surfacing since the pair have not shared posts of each other on their social media for months. In fact, when the couple’s Dancing With the Stars pro castmate Brandon Armstrong celebrated his wedding in July,