Doja Cat’s 2022 Coachella Performance: Get an Inside Look at Her “Insane” Dance Routine 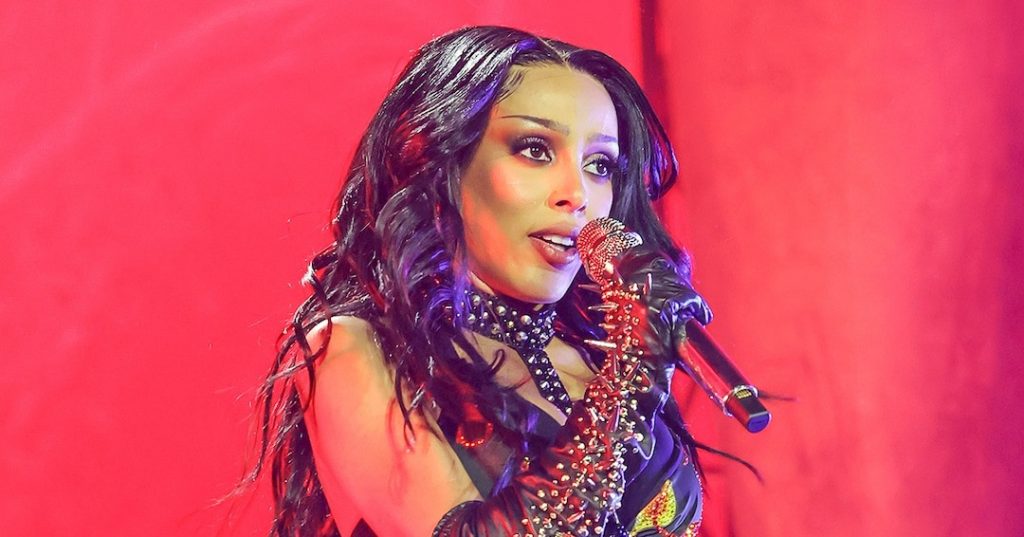 Let’s get into the choreography behind Doja Cat‘s Coachella 2022 performance (Yuh).

Doja Cat’s performance at Coachella, later labeled by fans as “Dochella,” couldn’t have been possible without the choreographers and dancers who brought her music to life. During the first weekend of the music festival, choreographers Fullout Cortland and Ebony Williams transformed the Coachella stage with a mountain of dancers and an attitude-filled face off.

“The way everyone probably thought I was cray when I said I wanted to build a mountain for Coachella!!” Ebony captioned a April 20 Instagram post. “So proud of EVERYONE!! My team held me down like no other!!”

Take a look at how Doja Cat’s 2022 Coachella performance came to life, as the Grammy winner prepares to take the stage again for Weekend 2 on Sunday, April 24.

Ebony shared a behind-the-scenes look at the rehearsals and captured the “love” that went into making a mountain out of dancers for the intro of Doja’s song “Options.” In the footage, a group of dancers moved across the stage together, connected by each other’s arms until they ebbed and flowed into a single peak.

A lone dancer stayed behind and swung their leg up before climbing on the backs of the mountain. The dancer craned their neck to embody a creature howling at the point in the song where a bird cries. Quickly, the mountain devolved into the routine.

Other videos featured associate choreographer Chris Hernandez and Ebony’s assistant choreographers Ardyn Flynt and Noelle Marsh pulling together each formation involved in the “Options” performance before setting it on the dancers.

“It takes a village to put together a show of this magnitude,” Ebony said in an April 18 Instagram post.