Charlie Sheen’s Kids: Everything To Know About His 5 Children With Denise Richards & More 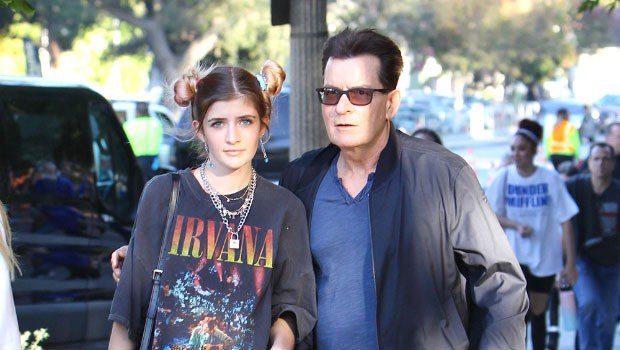 Charlie Sheen, 56, is best known as a successful actor, but he’s also, more importantly, a doting father of five. The busy dad has welcomed three daughters and two sons over the course of one relationship and two marriages, and has often gushed over them during public appearances and in media interviews. “I love all my children unconditionally. We’re having a ball,” he once told Us Weekly when discussing his relationship with them and praising one of his daughters’ accomplishments.

Charlie Sheen and Denise Richards on a previous outing with their kids. (Shutterstock)

Find out more about Charlie’s children and their backgrounds below!

Cassandra Jade Estevez, 37, is Charlie’s oldest child. She was born to him and his high school sweetheart Paula Profit in 1984 when he was just 19. Unlike some of Charlie’s other children, Cassandra has chosen to stay out of the spotlight, but she reportedly once pursued acting. She is also known to have reportedly maintained a close relationship with her grandfather, Martin Sheen, and her uncle Emilio Estevez and seems to be on good terms with her dad.

She reportedly married and welcomed a daughter named Luna in 2013. Luna is Charlie’s first grandchild.

Charlie and Sami Sheen walking during an outing. (ROMA / MEGA)

Sami Sheen, 18, is Charlie’s second child and first with his ex-wife Denise Richards, whom he was married to from 2002 until 2006. She was born in 2004 and has appeared on television and on casual and professional outings with her parents.