Cardi B Reveals She Wants A ‘Tummy Tuck’ 9 Months After Giving Birth To Son Wave: Watch 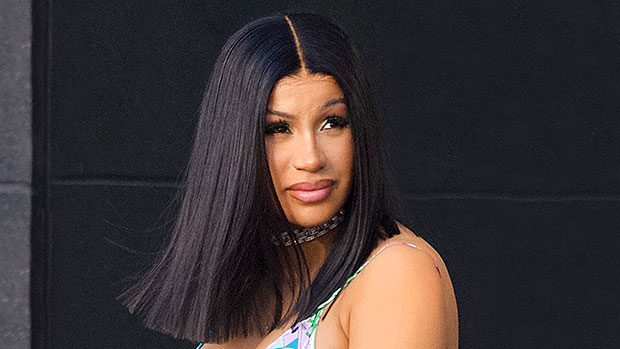 Cardi B is preparing to go under the knife to achieve her ideal body, she told fans on June 29. The 29-year-old “Bodack Yellow” rapper took to her Instagram Story to let off some steam about her post-baby body, which she said is not “giving” what she needs. “This stomach is giving tummy tuck,” she said while pointing to her midriff, which was peeking out of a white cropped tee. “Like, it’s not bad, but I just don’t like this extra little skin,” she continued.

Cardi B says Wavy did her wrong, and she’s ready for a tummy tuck.

She then blamed her 9-month-old son Wave (seen below), who she shares with husband Offset, for her body not being in tip-top shape. “I am a little heavier than usual, but I don’t like it, I want to get rid of it. I think Wavey like … did me wrong.” Cardi, who also has a 3-year-old girl with offset, Kulture Kiari Cephus, then confirmed that she can get her tummy tuck surgery once she releases her new song. The rapper has is set to drop a single with Lil Durk and Kanye West on Friday, July 1.

Cardi is known for being a blunt and open person, and she has never tried denying the fact that she supports plastic surgery. She previously had a breast augmentation and liposuction and stood up for herself in 2018 against a hater who called her “lazy” for getting work done.