Britney Spears Says She Was ‘Losing It’ During Vegas Residency: ‘I Wanted To Crawl In A Hole’ 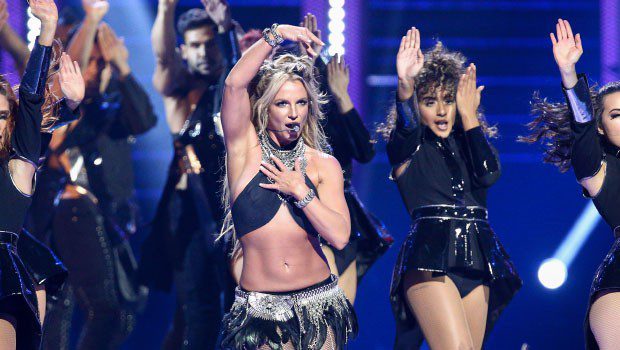 Britney Spears has expertly crafted a whole new life around her recent marriage to Sam Asghari and her stunning new $12M Calabasas mansion. But the pop princess is prone to looking back on the past for perspective, and that’s exactly what she did via Instagram on June 27. “Do you know how many times I literally wanted to crawl in a hole and feel like an idiot while looking at social media ???” she wrote, alongside a smart phone emoji.

The post included a video of an apparent Robert Pattinson lookalike dancing, shuffle style, to Katy Perry‘s hit “Firework.” The video then cuts to Britney doing the same little jig alongside a friend. “These women with a style game and hot bodies … s*** !!!” she continued. “The excitement of fast shooting with edits these days … In my conservatorship, each shot in my videos was like 4 years !!! My last commercial I did with @elizabetharden I went into a studio with a girl with the exact same reading glasses I had !!!”

“I did somewhat of a fast edit … so I’m well aware by saying “f*** it” and leaving the whole system behind … I am sure it looks like a huge fail dancing in my garage or having a huge hole in the wall from burning down my gym,” the down-to-earth singer shared, before reflecting on her hugely successful Las Vegas residency.

“But the truth is the path of doing shows in Vegas … the responsibility of so many people … well I got older and the restrictions on just being human having to call a doctor for permission to get Tylenol for a headache made me lose it … for a headache !!!