‘Black Adam’ Updates: The Rock Explains Why He Kept The Villain Out Of ‘Shazam’ 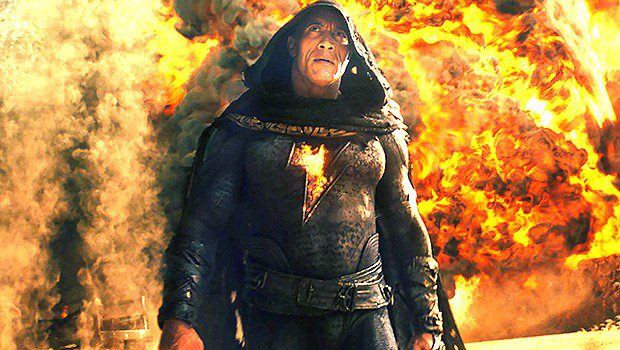 Thanks for Dwayne “The Rock” Johnson, Black Adam is getting his own movie. The villain/anti-hero’s standalone movie is one of the most highly-anticipated movies of the year. Turns out, Black Adam was originally supposed to go toe-to-toe with Shazam in one movie before The Rock stepped in.

Black Adam is going to be a real treat for DCEU fans. He’s got all the powers of Superman, he’s not afraid to get his hands dirty. He’s fully embracing the anti-hero role. From the release date to Dwayne’s history with the character to the rest of the cast, HollywoodLife has the details you need to know right here.

Who Is Black Adam?

Black Adam is the “evil” version of Shazam, Zachary Levi’s character from 2019’s Shazam. However, both Black Adam and Shazam originate from comics published in the 1940s.

“One of the world’s foremost wielders of magic, Black Adam has been both hero and villain over a life that’s spanned thousands of years,” reads the character’s official bio on the DC Comics website. Black Adam was the first champion picked by the wizard Shazam – not to be confused with the caped superhero Shazam – to be a “magically empowered hero.”

“Teth-Adam, or ‘Mighty Adam,’ began as a hero of humanity, but then allowed his power to corrupt his ideals and desires,” reads Black Adam’s bio. “Now labeled Black Adam, he was exiled by Shazam but returned in the modern-day. A frequent enemy to Earth’s heroes,