Ben Affleck’s Parents: Everything To Know About His Mom & Dad 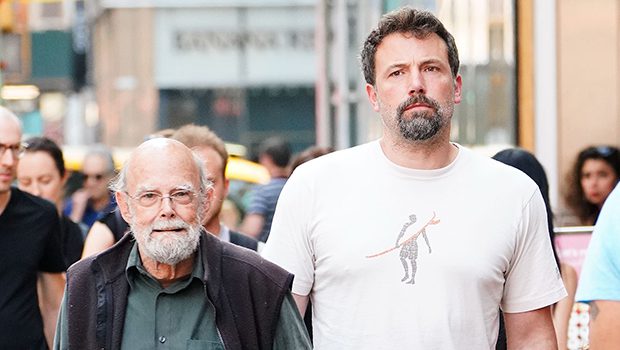 Ben Affleck, 50, was born to Chris Anne Boldt and Timothy Affleck on August 15, 1972. His parents raised him in Cambridge, Massachusetts, which led to a close friendship between Ben and the actor Matt Damon. Although Chris and Timothy divorced back in 1984, the two were together for the first 11 years of Ben’s life. Keep reading to learn all about the famous actor’s parents!

Chris Anne Boldt has been seen out and about with her son Ben on numerous occasions. Most recently, Chris was alongside Ben when she was rushed to the hospital and received stitches one day before Ben and Jennifer Lopez’s Georgia wedding. Chris fell off a dock on the sprawling estate property, injured her leg, and was taken to the Liberty County Medical Center to treat her injuries around 12:30 p.m., according to the Daily Mail. A source close to the couple told the publication that Chris’ injuries are “not serious.”

Ben helped his mother during the harrowing incident, proving he is a dedicated son, much like he did when he publicly thanked Chris when he and Matt won the Oscar for Best Original Screenplay for Good Will Hunting in 1998. Along with the adorable shoutout, Ben also hit the red carpet that year with his mom as his date.

Ben’s mom was a teacher when her son was growing up in Cambridge,